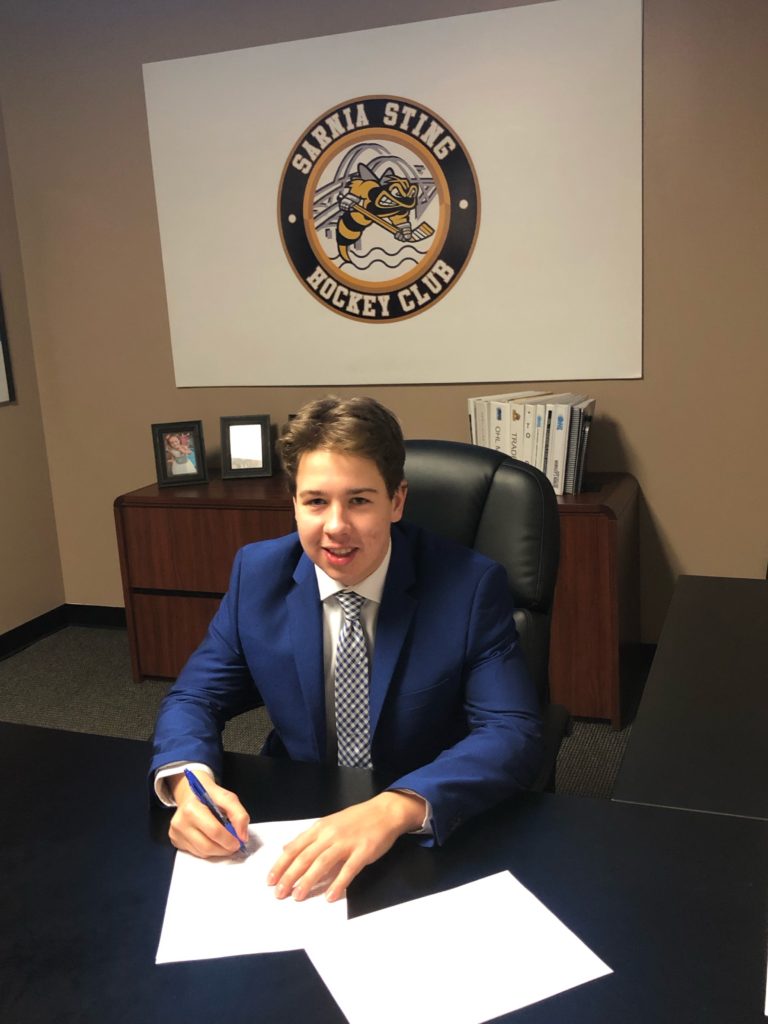 General Manager Nick Sinclair announced today that the Sarnia Sting Hockey Club have signed 2017 13th round selection Nolan DeGurse He is the eighth player from the 2017 OHL Priority Selection to make a commitment to the Sting.

The Sarnia local was selected out of the Lambton Junior Sting Minor Midget AAA Program in which he recorded 25 points (13 goals, 12 assists) in 33 Minor Midget games played. DeGurse is currently playing with the Sarnia Jr. B Legionnaires (GOJHL). Over the past two seasons with the Legionnaires the blue-collar forward has amassed 44 points (25 goals, 22 assists).

“Nolan is a hard-working player who competes and pushes himself to get better every day.  Many of our fans will be very familiar with Nolan having watched him play Minor Hockey with the Lambton Sting and the past two seasons with the Sarnia Legionnaires.  We look forward to Nolan’s development and will continue to keep a close eye on him with the Legionnaires as they head down the stretch towards the playoffs.” Sinclair comments on todays signing.

DeGurse will make his Sarnia Sting debut on home ice this Friday night when the Sarnia Sting welcome the Erie Otters to the Progressive Auto Sales Arena for a 7:05 PM puck drop.

“I would like to thank the Sarnia Sting organization for this amazing opportunity. I look forward to the hard work that goes with playing at the next level. I would also like to thank the management team, coaching staff and my teammates from the Legionnaires. Of course, I would be re-missed not to thank my parents, grandparents and two brothers for all their support to get me to this point. This is a dream come true and I look forward to the challenge ahead.” Newly signed DeGurse comments on signing with the Sting.”