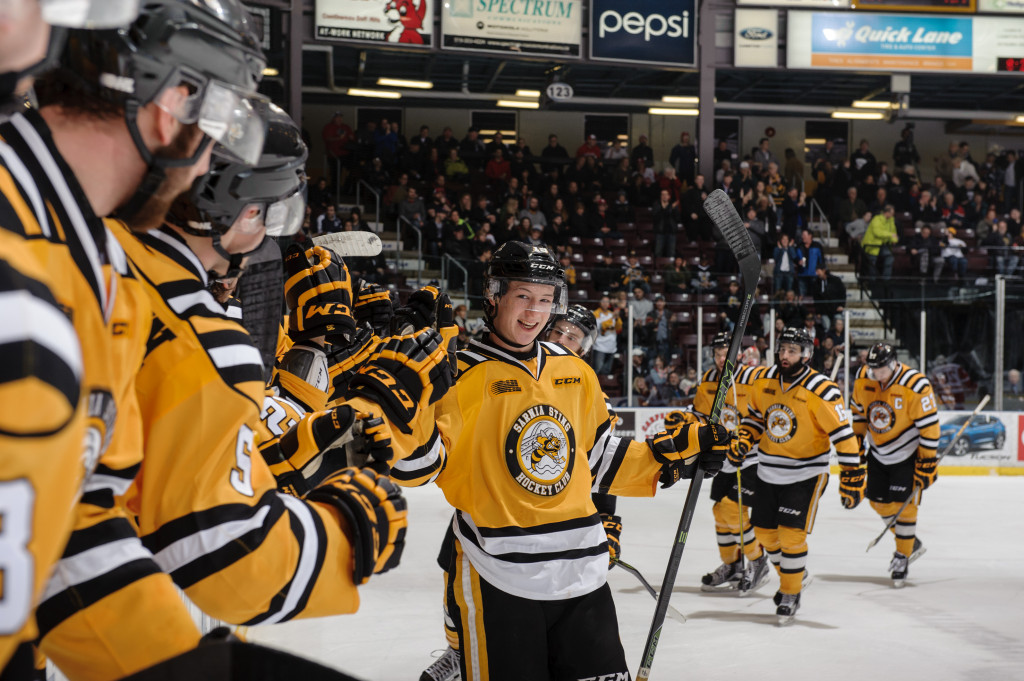 After a double-OT loss on Thursday, the Sting rebounded in a big way on Saturday night at the Sarnia Sports & Entertainment Centre – downing the Hounds by a score of 5-1. The Sting will now head back to Sault Ste. Marie, trailing 3-2, with an opportunity to tie up the series.

Saturday’s win came in front of 3,623 of the Sting faithful.

Charlie Graham was solid in goal for the Sting, turning aside 27 of 28 shots faced while his counterpart Brandon Halverson allowed 5 on 34 shots.

Matt Mistele opened the scoring at 6:09 as he tipped home his team-high 6th of the post-season. Jordan Kyrou and Jakob Chychrun were credited with the assists.

Pavel Zacha extended the lead just 2:40 later, capitalizing on the first of two Sting powerplays. Jordan Kyrou and Matt Mistele were awarded the assists on the eventual game-winning goal.

Gustav Bouramman would get the lone marker for the Hounds at 15:14 of the second period on the powerplay.

The Sting responded less than two minutes later as Sam Studnicka tallied a short-handed marker on the rebound. Brandon Lindberg was credited with the lone assist on Studnicka’s first of the post-season.

Ryan McGregor would add another before the conclusion of the second frame and Troy Lajeunesse would tally the lone goal of the third stanza as the Sting skated away with a convincing 5-1 victory.

Game 6 is set for Sunday night at 7:07 in Sault Ste. Marie. The game will be available on TV Cogeco and CHOK Radio. If necessarily, the Sting will host Game 7 at the Sarnia Sports & Entertainment Centre on Tuesday night at 7:05.