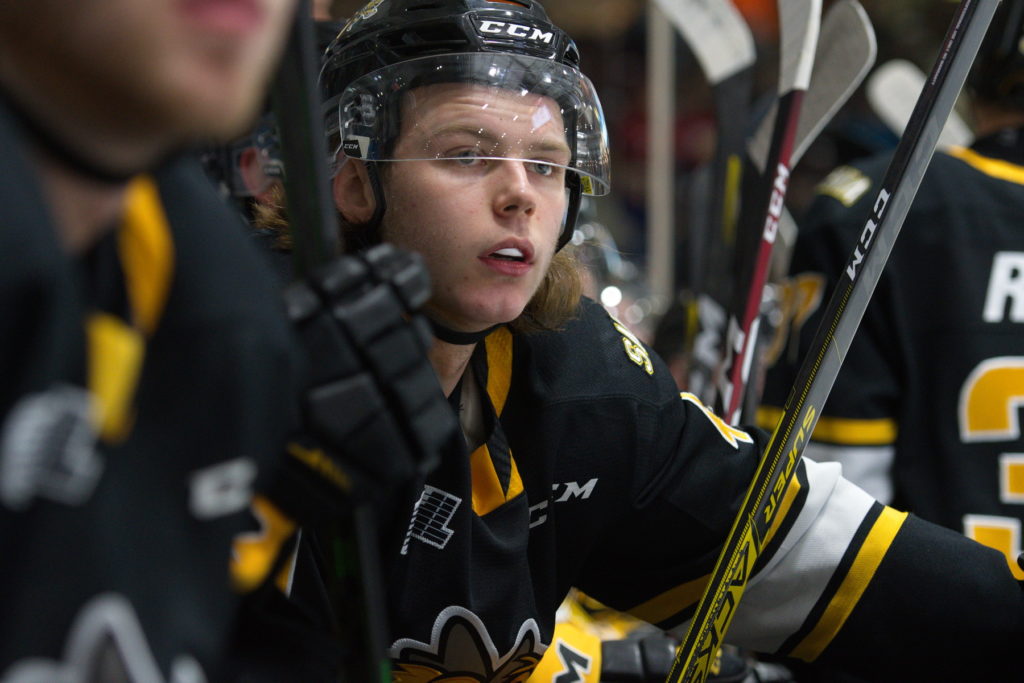 Sarnia, ON – Sting General Manager Dylan Seca announced today that overage forward Sam Bitten will be leaving the Sting to pursue a pro career in Sweden, as he has signed a one-year contract with Södertälje SK of the HockeyAllsvenskan.

“In his one season here in Sarnia, Sam captivated a community and fit right into our team with ease. His leadership and his commitment to the process did not go unnoticed during his time here and we were looking forward to seeing him return for what would have been his overage season in the OHL. Unfortunately, with the delay of the OHL season Sam had to do what was best for him and his future career. We wish him all the best in Sweden.” Comments Dylan Seca in a statement earlier this morning.

The Ontario Hockey League is committed to the 2020-21 season and are currently working with government officials to find the most appropriate plan that ensures the safety of all those involved. The Sarnia Sting support the League in this process and look forward to dropping the puck this season.

Acquired via trade with the Ottawa 67’s in August of 2019, Sam came to Sarnia and immediately became a fan favourite in the Sarnia-Lambton community. His physical style of play and his electric goal celebrations became a staple of Sting games, and his leadership both on and off the ice will not soon be forgotten.

Sam was always eager to get out and interact with Sting fans while also doing good in the Sarnia-Lambton community; having participated in our Sting Serve You program with Boston Pizza Sarnia, delivering toys for the Salvation Army Christmas Toy Drive, and of course starting his own charitable foundation Bitsy’s Army, which raises money for the Brain Tumour Foundation of Canada.

Although he was only a member of the Sting for just one season, Sam Bitten championed the Sting Way.

On behalf of the entire Sarnia Sting organization, we wish Sam the best in his future hockey career, and beyond.