Rees, Perreault, McGregor: Strong Start in the Opening Week of the AHL 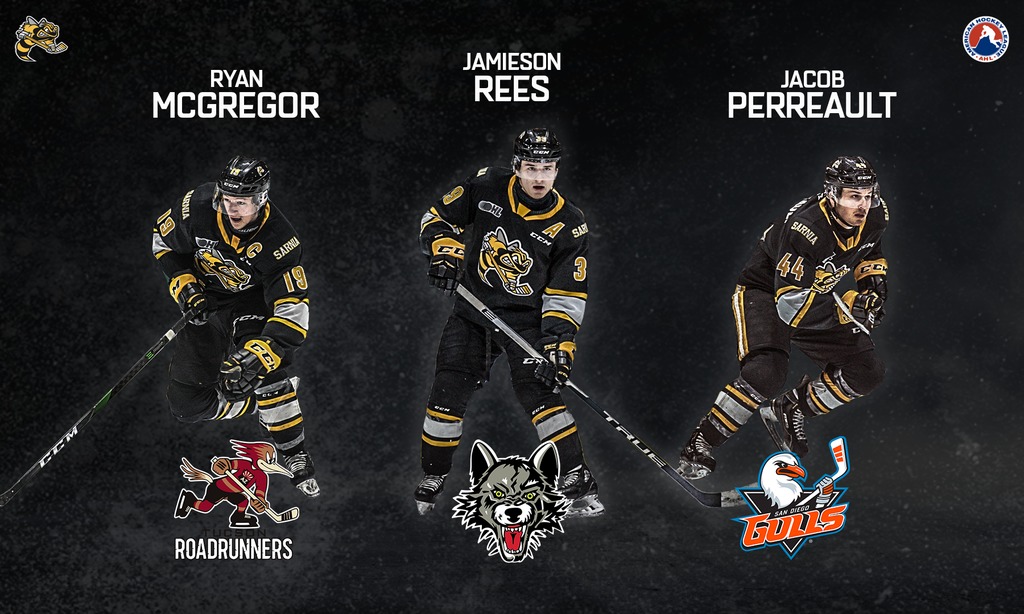 Jamieson Rees, drafted 44th overall by the Carolina Hurricanes, laced up for the Chicago Wolves. Rees had an impressive 2019/20 season with the Sting tallying 61 points in only 39 games. Jacob Perreault made his start with the San Diego Gulls. Perreault was drafted 27th overall by the Anaheim Ducks in 2020 and is one of the youngest on his team. Not to be taken lightly, Jacob’s hard work from the previous season proved his mettle, having scored 70 points in 57 games. Perreault was only 8 points shy of team leader Sean Josling, who currently plays for the Wheeling Nailers of the ECHL. The third to make his debut was no other than Sting Alumni Ryan McGregor. McGregor was drafted 172 overall by the Toronto Maple Leafs in 2017, but was picked up by the Arizona Coyotes in March of 2020 and is currently playing for the Tucson Roadrunners. McGregor finished his OHL career in style with 41 points in 57 games.

As the OHL awaits its return to play plan, the AHL started its abbreviated season allowing prospects and players to get back into playing at professional levels.

Jamieson Rees: Rees was quiet during his pro debut, but put forth a very impressive effort in their next game back on February 6th. After picking up a loose puck in the defensive zone, Jamieson would effortlessly carry it coast to coast and crash the net, where line mate Seth Jarvis would find a nice rebound giving Rees his first pro assist.

But Rees wasn’t done yet. Halfway through the second, Jamieson would pick up a pass from defenceman Joey Keane, where he would once again go coast to coast and crash. But this time he found a passage through the Icehog’s netminder Matt Tomkins, picking up his first professional career goal in highlight reel fashion.

It is clear that Jamieson has found some immediate chemistry with Carolina draft pick counterpart Seth Jarvis, with much more to come in upcoming games. Rees has been playing on the first line along with Rem Pitlick and Anthony Richard and has helped the Wolves improve to a 4-0-0 record.

Jacob Perreault: Jacob Perreault is making the most of his time in the sunny south, picking up his first professional point on the San Diego Gull’s opening night, assisting on Matt Loritos 3rd period goal against the Bakersfield Condors. Lorito would find a loose puck at centre ice and head towards the net for a 2 on 1 alongside Perreault. The two attackers played some back and forth before Lorito would get the tap in. Jacob is currently playing on the third line alongside Alex Dostie and Jack Badini. The Gulls also carry a perfect record, going 3-0-0 over their opening week.

Ryan McGregor: Sting captain Ryan McGregor also picked up his first professional point in the Roadrunners opening game, assisting on Tyler Steenbergen’s opening goal in a 2-1 win over the San Jose Barracuda. Ryan would make an impressive effort to gain control of a spiraling puck and get it to Josh Wilkins, who would quickly feed it to Steenbergen for an easy one timer into the back of the net. Ryan is currently on the fourth line centering Wilkins as well as Kevin Hancock. The Roadrunners also improve to a perfect 2-0-0 record, looking to continue their winning ways.

Playing in the AHL has allowed Sting players to gain valuable experience playing against older and stronger opponents. As the Sting continue to impress at all levels, they await their eager return to OHL hockey.

Sting's Namestnikov eager to follow in brother's footsteps
3 weeks ago 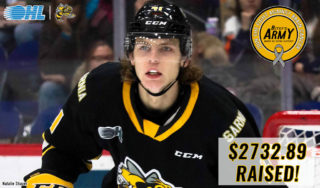