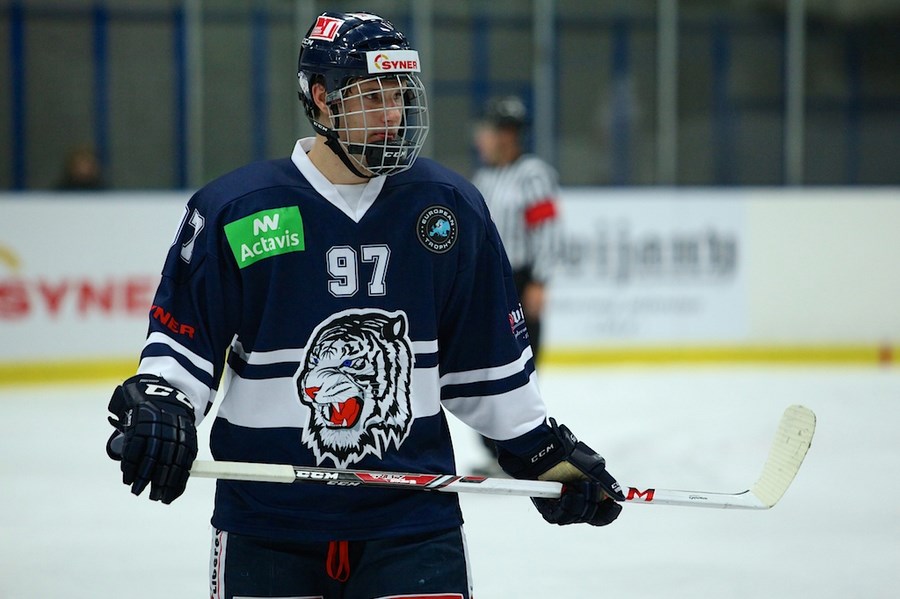 General Manager Nick Sinclair announced this morning that the hockey club has received an official commitment from Pavel Zacha to become a member of the Sarnia Sting Hockey Club for the upcoming season.

Sinclair has issued the following statement.

“We are thrilled that Pavel and his family have made this decision that playing in the CHL is the best possible route for his development both on and off the ice.  It will be a very exciting season for Pavel as a top prospect for the 2015 NHL Entry Draft to now be able to go head to head with several other top prospects in our league.  As an organization we are committed to helping Pavel achieve his dream of being an early selection in the draft.  We feel very fortunate to have a talent such as Pavel commit to our organization moving forward.   This announcement is another major step towards our rebuilding process.  Pavel will officially sign his OHL Standard Players Agreement when he arrives for camp at the end of the month.”

The 1997-born, forward spent the majority of the 2013-14 Season with Liberec’s main club after an impressive start with the team’s U20 squad. In 10 games with the junior team, Zacha recorded 6 G, 11A for 17 PTS.  In 38 games with Bili Tygri Liberec of the Czech Republic’s top tiered league, Zacha recorded 8 points as a 16-year-old.

At the age of 17, Zacha has had a tremendous amount of experience representing the Czech Republic on the international stage. In 18 games with the Czech U18 team this past season, the young forward recorded 6 G, 5A for 11 PTS. This includes an appearance in the Ivan Hlinka Memorial Tournament where Zacha tallied 3 PTS in 4 games for the Czechs.  At the U18 World Junior Championships, Zacha and the Czech Republic went home with a Silver Medal. Pavel Zacha had 3G 2A in 7 tournament games.

Also, quite impressively, as a 16-year-old, Zacha appeared in 5 games at the 2014 U-20 World Junior Hockey Championships for the Czech Republic.

Zacha joins Nikita Korostelev as two Sting players that were both named to the 2014-15 NHL Central Scouting Futures list.