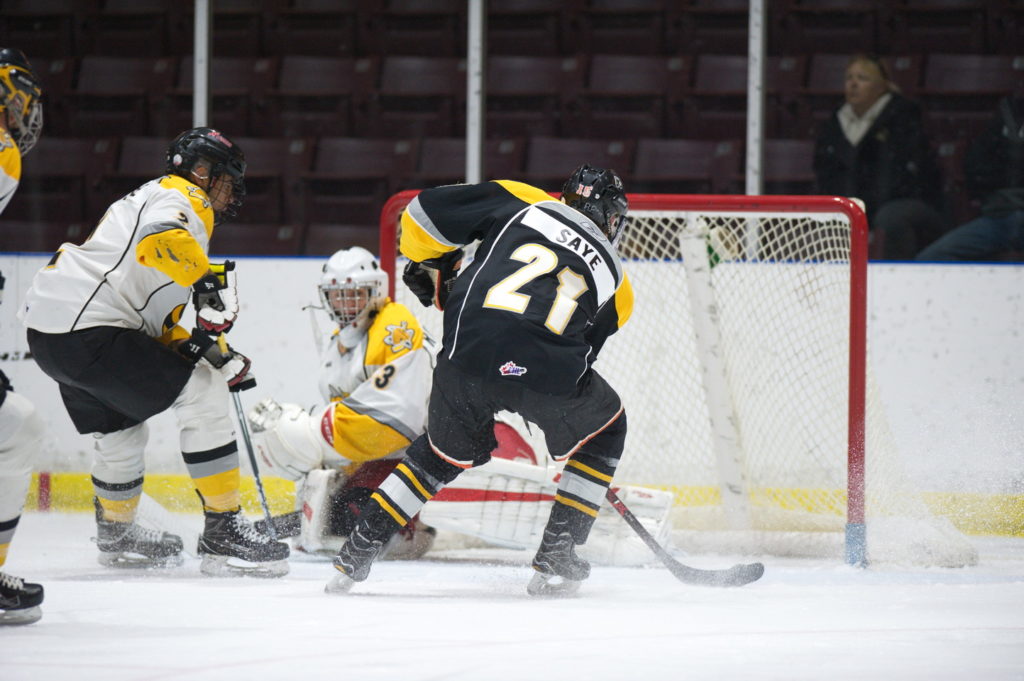 Saye, becomes the fifth 2002 born player to commit to the Sarnia Sting. The 8th round pick (147th overall) was selected out of the Don Mills Flyers Minor Midget AAA program. In 47 GTHL games with the Flyers the Toronto, ON native had 18 goals and 31 points.

At 5’11” 175 lbs, Saye is currently playing for the Don Mills Flyers Major Midget AAA team and was recently included among 36 skaters to participate in the GTHL Midget AAA All-Star Game.

“We are very happy to be able to add Owen to our current group of young talent. Owen is a character young man who plays with a high intensity engine every time he jumps over the boards. His work ethic, passion for the game, and desire to continually improve himself are impressive for his young age.” Comments Sinclair on Saye’s Commitment.

“On behalf of the entire Hockey Club I would officially like to welcome Owen and his family to the Sarnia Sting organization. “

Saye will join the club and make his Sarnia Sting debut this weekend when the Sting take on the Erie Otters Friday night followed by a trip to Saginaw to take on the Spirit Saturday.