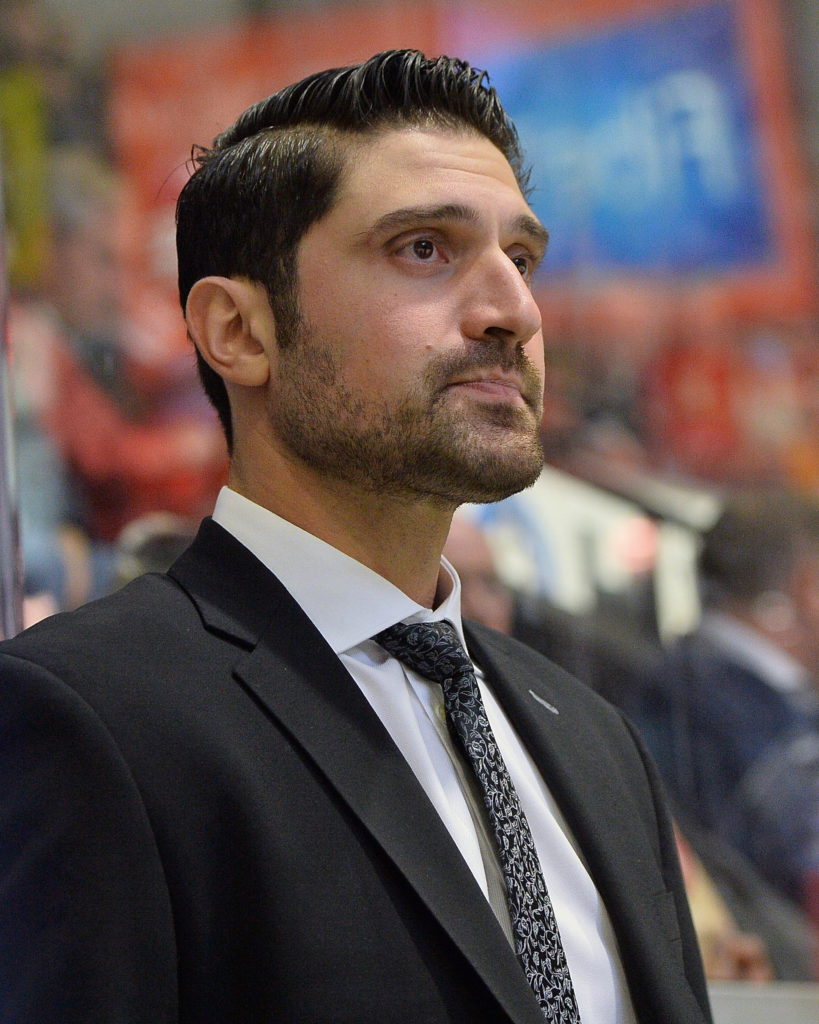 Mancari, (pr: Man-Care-E)  joins the Sting following a fourteen-year professional hockey career that saw him play in 876 pro games, this included time in the National Hockey league with the Buffalo Sabres & Vancouver Canucks. Before retiring as a player in 2019 Mancari spent the past four seasons playing professional hockey in the German DEL.

The London, Ontario native immediately transitioned into a coaching career joining the Ontario Hockey League and the Niagara Ice Dogs for the 2019-20 season.  Residing in London with his wife and three children, the opportunity with the Sting ahead of the upcoming campaign affords him the ability to be close to his family while conducting his coaching responsibilities. “I am tremendously grateful for this opportunity. I am looking forward to getting to Sarnia to meet all the staff, players and fans. I hope to bring my experience at many levels of junior and professional hockey to help these players reach their full potential. This team has great potential and I can’t wait to get started. “ Comments Mancari on becoming the  latest addition to the Sting.

Sting GM Dylan Seca comments on the hiring: “The selection process was very competitive as we had several excellent coaches to choose from. In the end it came down to our focus on player development and we feel Mark has both the experience and demeanor to fully embrace our desire to work closely with our players. He is a great hockey guy and tremendous person that we are very excited to add to our group. On behalf of the entire organization I welcome Mark and his family to the Sarnia Sting Hockey Club.”

Originally a 2nd round selection (34th overall) by the Ottawa 67’s in the 2001 Ontario Hockey League Priority Selection, the 34-year old already has an established connection with Sting staff. He and current Sting Coach Brad Staubitz suited up together for the 67’s during the 2004-2005 campaign that saw them run all the way to the Memorial Cup Tournament.

Along with the addition of Mancari, Seca also announced today that Brad Staubitz will be named the team’s Associate Head Coach.

“This a well-deserved promotion for Brad. He has put the time into this league and team over the last 5 seasons and is ready to take the next set of challenges and responsibilities as the team’s Associate Head Coach. He is well-respected within our dressing room and organization. We welcome his passion and competitiveness to win, helping our players improve on a daily basis.” Comments Seca on the announcement.

Please direct all media inquiries via email to: