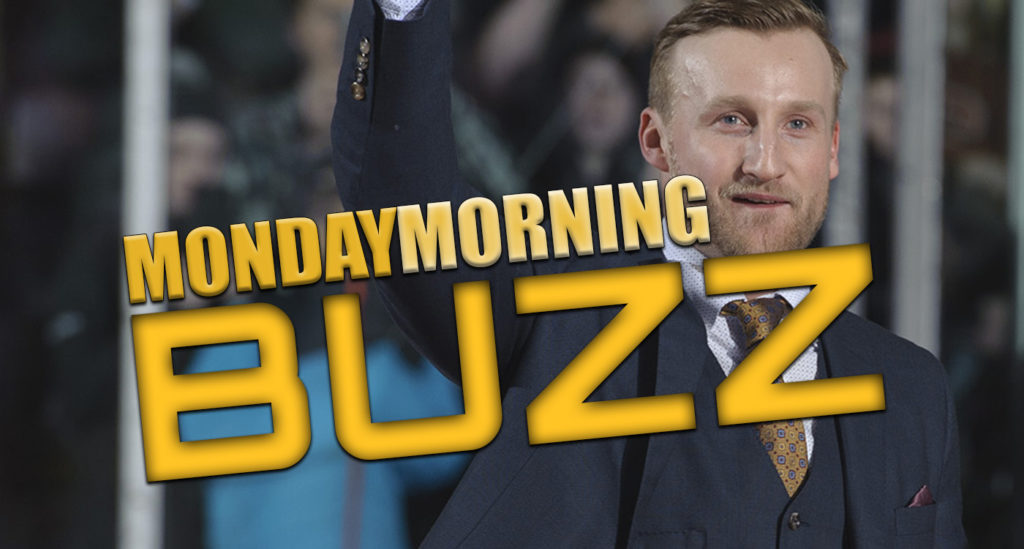 The greatest Sarnia Sting skater in franchise history was back in town this week.

On Friday night, the Sting honored legendary forward Steven Stamkos by retiring his number 91 to the rafters of Progressive Auto Sales Arena.

With only a home-and-home with the Windsor Spitfires on the schedule, Sting fans had plenty of time to reflect on some memorable years watching Stamkos fly down the ice in our black and yellow uniform.

Let’s first take a look at Thursdays game on the road against the Spits. This was a game that was fully controlled by Sarnia until the Spitfires put on a rush near the end of the game. With a final score of 5-3 in our favour, the Sting were led by a three point night from forward Drake Rymsha.

Perhaps the greatest part of Thursday’s contest at the WFCU Centre was the debut of our newest team members. Defenceman Cam Dineen and forwards Jonathan Ang and Michael Pezzetta each scored a goal. If first impressions count for anything, theirs could not have gone any better at all.

Now, on Friday, the Sting once again made it a night to remember.

In front of a sold out crowd, the Sting raised Stamkos’ number into franchise lore. With family, friends, former teammates, and a number of special guests in attendance, Stamkos thanked the Sting and all the great fans throughout Sarnia-Lambton for their tremendous support over the years.

#91 now worn by @TBLightning captain retired by #OHL club where he starred from 2006-08. pic.twitter.com/0GVCmzj5Xk

On the ice, our current Sting stars treated fans to a powerful win over the visiting Spitfires. A 6-1 Sting victory sent everyone home more than happy with the night’s events. Sting forwards Anthony Salinitri, Kyrou, and Sean Josling each scored two goals apiece.

Check out Kyrou split the Windsor defence and then roof one past their goaltender.

Sting goaltender Justin Fazio picked up both wins in net this weekend. Fazio is up to 25 wins this season. Wearing incredible throwback circa-2006 sweaters, the Sting played a dominant game in front of the loud and proud home crowd.

Justin Fazio leads the OHL in save percentage (0.922).

The Sting hit the road twice and play one home game this week.

Starting on Wednesday, we roll into Flint to take on the Firebirds. In the four games the Sting and Firebirds have played this season, it’s been an even two wins, two losses for both sides. Flint has retooled heading into the final stretch of the season, but fans should expect an always entertaining matchup between two division rivals.

Speaking of division rivals, the Sault Ste. Marie Greyhounds roll into Sarnia on Friday night. This season, the Sting are 1-1-1 against the Hounds. The Soo made major splashes prior to the trade deadline, adding pieces such as Taylor Raddysh and Jordan Sambrook to an already strong lineup. Seeing how we did the same with our additions of Dineen, Ang, and Pezzetta, this one will be a doozy.

And on Sunday evening, we’ll visit the Oshawa Generals at Tribute Communities Centre for our lone regular season visit. The Generals are in the middle of a crazy Eastern Conference playoff race. Led offensively by captain Jack Studnicka and Allan McShane, the Generals will pose a tricky task for the Sting as they round out a three-game weekend.