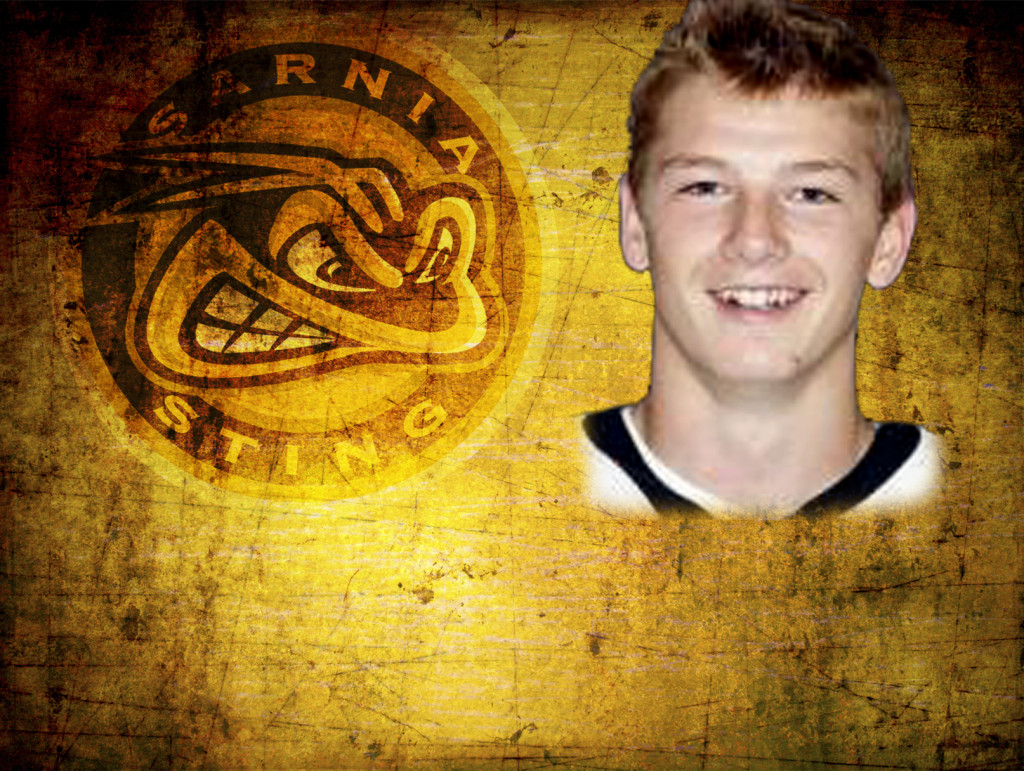 Beaulieu is happy to have the Watford native signed.

“Nathan is a local player who has enjoyed success at every level he has played at coming through the ranks with the Lambton Sting AAA program and then last season with the Sarnia Legionnaires.  We are very pleased that Nathan and his family have chosen to sign a OHL Contract and Education Package as he furthers his development as a player and as a student.”

Mater was the Sting’s 8th round selection in the 2010 OHL Priority Selection.  He is a graduate of the Lambton Sting AAA program and last season played for the Sarnia Legionnaires.  Also last season Mater was selected to participate in the 2011 GOJHL Western Conference All-Star Game.

#SportYourMask with Ethan Langevin
1 week ago

Community Commitment
Sting Proud to Help Most Vulnerable in Community with $7,414 raised in Puck Covid Campaign
2 weeks ago