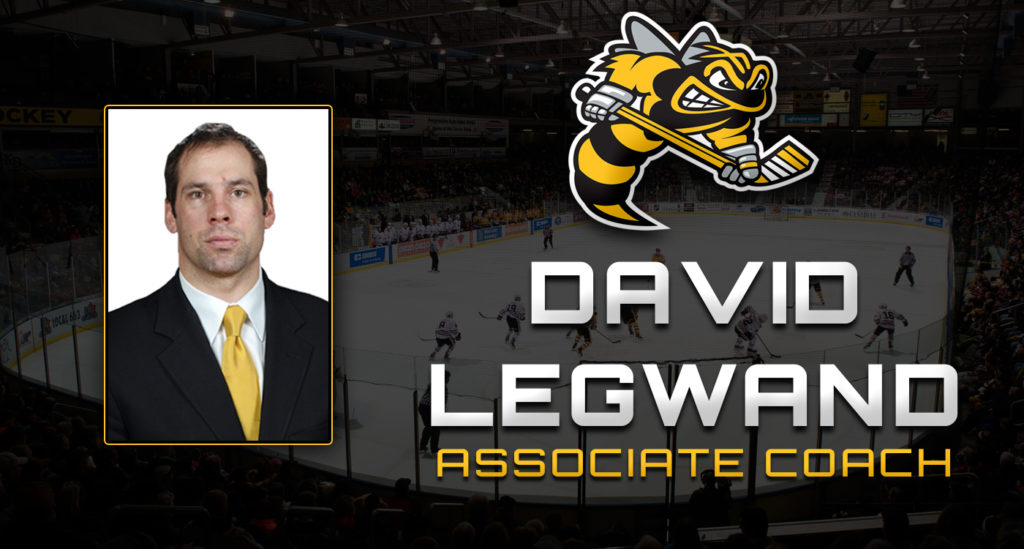 SARNIA, ON – Sarnia Sting General Manager, Nick Sinclair has announced that Co-owner David Legwand will officially join the team’s coaching staff as an Associate Coach ahead of the 2017-18 Campaign.

After announcing his retirement from the NHL on December 22, 2016, Legwand spent the majority of the 2016-17 season with the Hockey Club in a coaching capacity; working with the players on practice days and analyzing the play from the suite-level on game nights. This season Legwand will join Co-owner, Derian Hatcher and Assistant Coaches Jeff Barratt and Brad Staubitz behind the bench.

Prior to being selected 2nd overall by the Nashville Predators in the 1998 NHL Entry Draft and spending 16 seasons in the NHL, Legwand played his junior hockey with the Plymouth Whalers of the OHL. In the season before he was drafted, he scored 54 goals along with 51 assists, totaling 105 points. This offensive outbreak earned him the Red Tilson Award as the most outstanding player in the league.