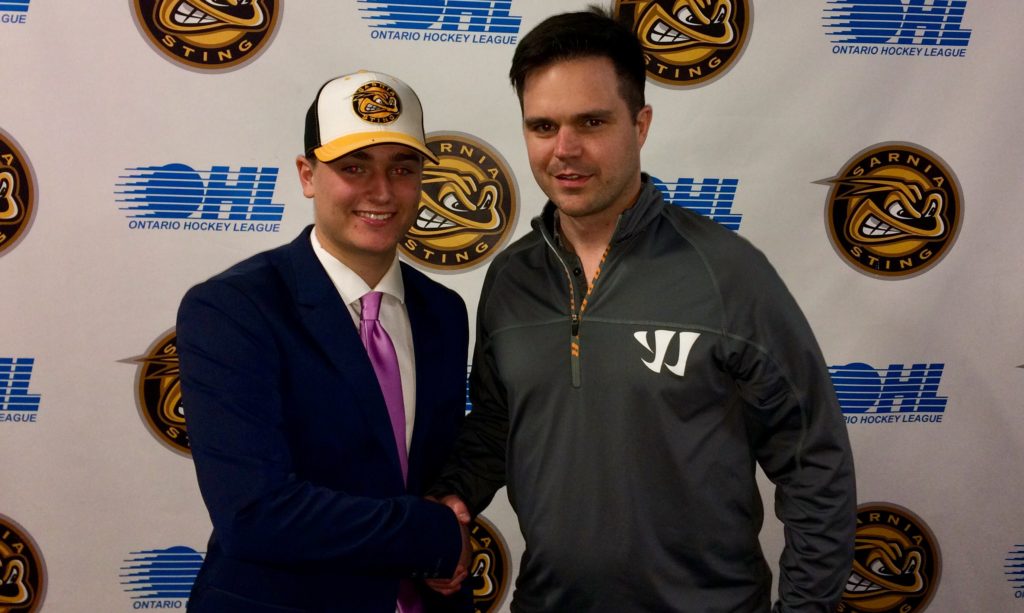 SARNIA, ON – General Manager, Nick Sinclair announced today that the Sarnia Sting Hockey Club has received a commitment from second round pick, Alexandre Hogue. He is the second player from the 2017 draft class to sign a Standard Player Agreement and Education Package with the Sting organization.

Hogue, a native of Embrun, Ontario, was selected by the Sting with the 37th overall pick in the 2017 OHL Priority Selection.

In 45 games with the Cumberland Grads the offensive defenceman posted 14 goals and 33 assists for a total of 47 points. He also registered 3 assists in four OHL Cup contests from the Grads’ back-end.

Hogue’s strong season did not go unnoticed as he was named Hockey Eastern Ontario (HEO) player of the year, HEOMAAA Top defenceman, and acknowledged for registering the most points as a defenceman in the HEOMAAA.

Hogue is expected to suit up for Team HEO in the upcoming OHL Gold Cup taking place at the Activia Sportsplex in Kitchener from May 4-7.

Sinclair comments on today’s signing, “We are thrilled to receive a commitment from Alex and his family to join the Sting organization. Alex is an intelligent player with high-end skill and has a natural knack for being able to create offence from the back-end. It’s great to see how excited Alex is about playing in Sarnia. He is a keen young man that’s committed to putting in the work it takes to become an every-day player in this league. We are looking forward to helping him develop as both a player and a young man in the coming years.”