Goaltender Aidan Hughes Heads to Oshawa in Deal with the Generals 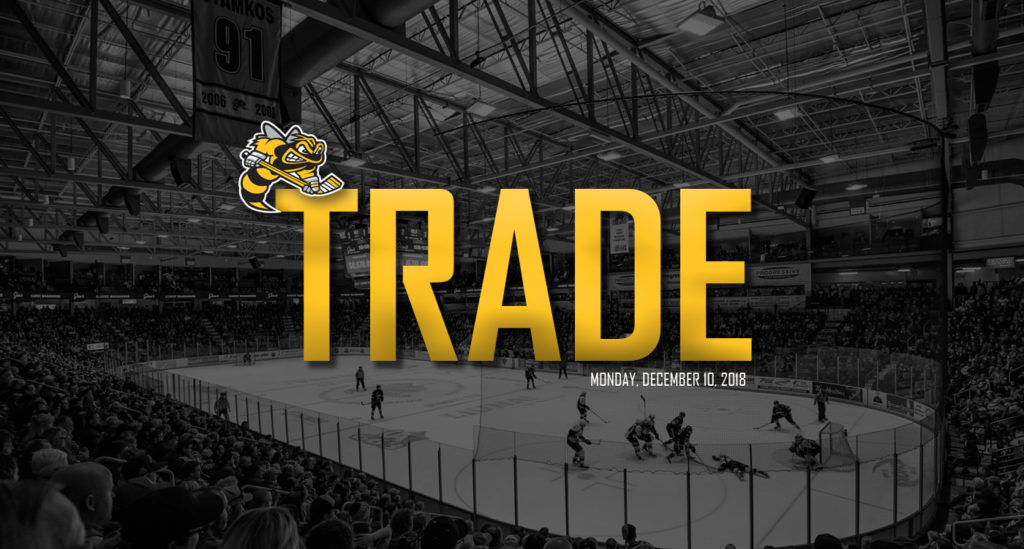 SARNIA, ON – Sarnia Sting General Manager, Nick Sinclair announced today that the Hockey Club has completed a trade that sends goaltender Aidan Hughes to Oshawa. In return the Sting will receive  the Generals 9th round selection in 2021.

Hughes, originally selected by the Sting in the 2015 OHL Priority Selection spent three and a half seasons in Sarnia appearing in 61 total games for the Sting recording 25 wins for the club.

“On behalf of the entire Sarnia Sting Hockey Club I would like to thank Aidan for his dedication to the Sting program over the past three seasons and wish him the best in Oshawa with the Generals.”