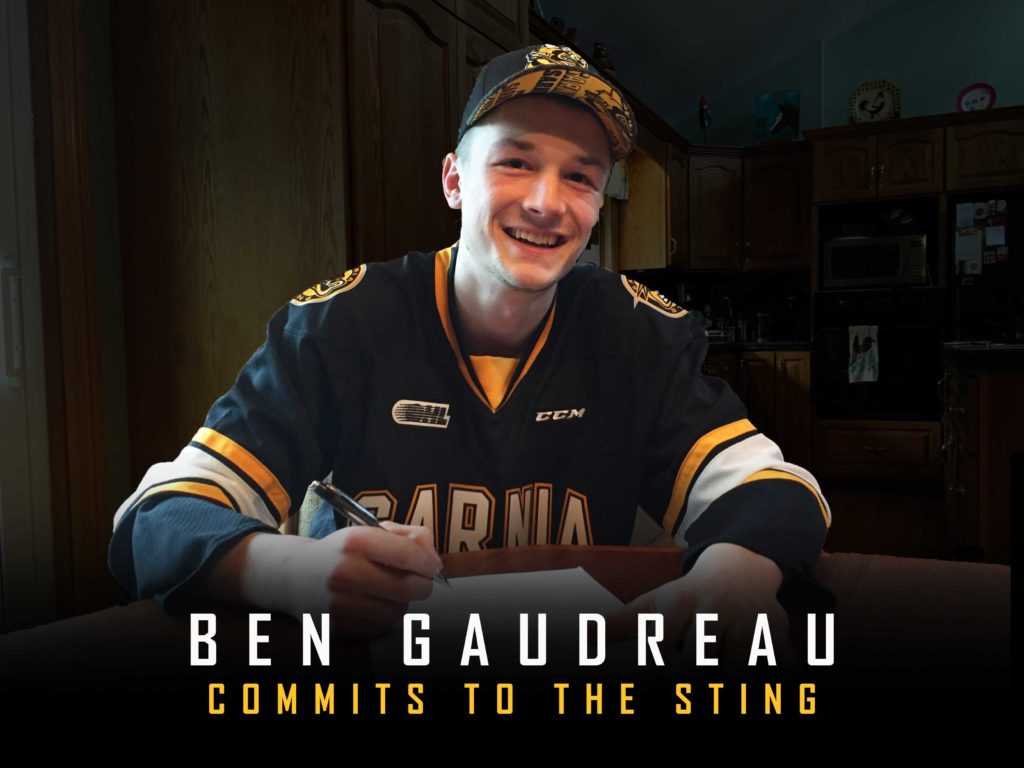 2019 FIRST ROUND SELECTION BEN GAUDREAU SIGNS WITH THE STING

“We are very excited to have Ben make his commitment to our club. He is a big, athletic goaltender that moves calmly and efficiently around the crease. These tools along with his poise and high end compete level on the ice have impressed our scouting staff tremendously throughout the year and we are thrilled to have him join our organization.”

This past season, Gaudreau suited up for the North Bay Trappers Midget AAA, a team which was comprised of 2002 born players. The Corbeil, ON native posted an impressive 1.13 GAA in 21 games played, helping his Trappers capture the Great North Midget League.

At only fifteen-years-old Gaudreau also suited up as the starting goaltender for Team Ontario at the Canada Winter Games where they captured a silver medal. Additionally he participated in this past OHL Cup as a member of Team Northern Ontario.

“Not only is Ben an outstanding young goaltender, he is a very mature and character young man. His work ethic and drive to better himself is what we look for in players and we look forward to having him suit up in the black and gold.” Adds Sinclair.