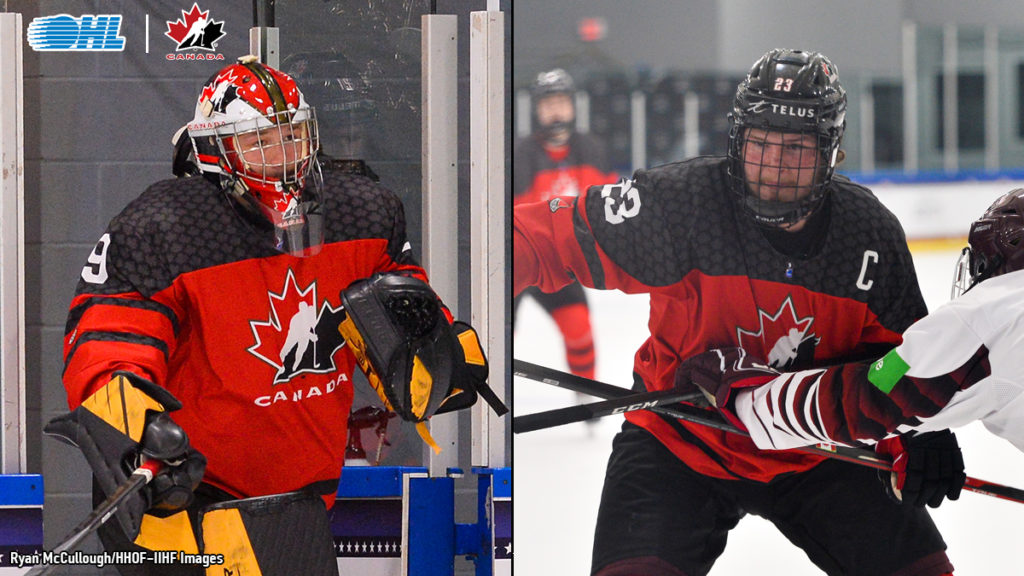 Peterborough Petes forward Mason McTavish powered Canada’s National Under-18 Team to a 4-2 victory over Latvia Wednesday night with two goals and an assist.

Following a scoreless, penalty-filled first period, Logan Stankoven (Kamloops Blazers) got things going for Canada 7:58 into the middle frame before McTavish, donning the C on his sweater for the night, picked up a loose puck for a 2-0 lead. Anri Ravinskis gave Latvia some life with 41.2 seconds remaining in the second period.

Patience was key in McTavish’s second tally of the night ?#U18Worlds https://t.co/OgS7o5QFj2

A cross-ice feed from McTavish helped Dylan Guenther (Edmonton Oil Kings) extend Canada’s lead to 3-1 midway through the third. Latvia’s Sandis Vilmanis responded on the power play just over a minute later before McTavish followed up with a late power play marker of his own to seal the two-goal win.

The Canadians outshot Latvia 52-27 and Ben Gaudreau (Sarnia Sting) turned aside 25. Canada’s penalty kill held the Latvians to a 1-for-7 showing on the man advantage and McTavish’s three-point performance earned him player of Player of the Game honours.

Shane Wright (Kingston Frontenacs) and Corson Ceulemans (University of Wisconsin) were out of the lineup for precautionary reasons not related to COVID-19.

Wednesday’s win propels Canada to 2-0-0-0 and where they sit first place in Group A. After a day off, the Canadians will return to the ice Friday to face off with Switzerland at 9:00pm ET on TSN.