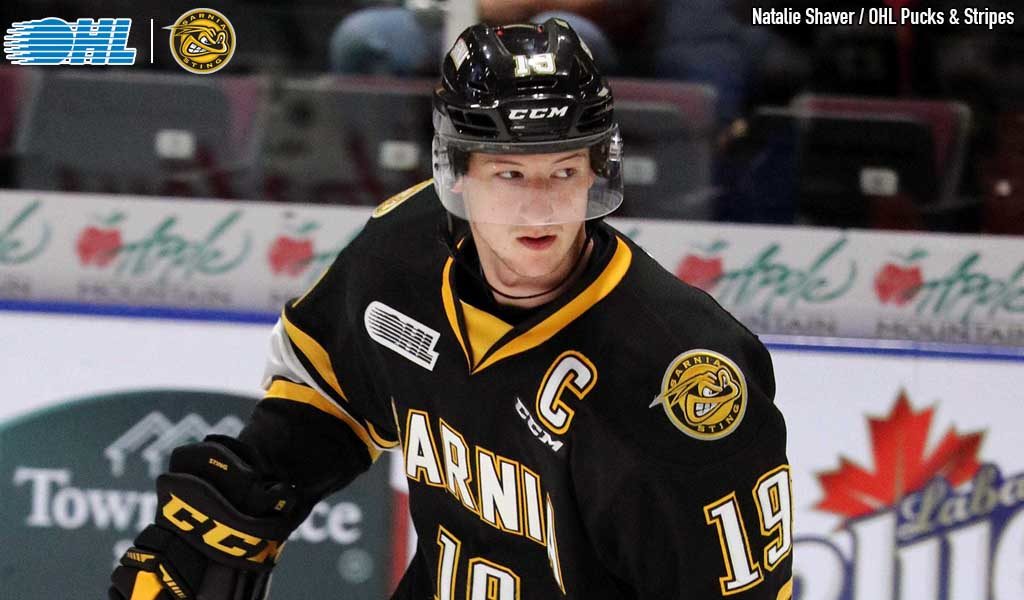 The Sarnia Sting visited the Windsor Spitfires on Saturday night.

In the first period, Windsor found the back of the net early. Towering forward Curtis Douglas scored his sixth of the season, taking a setup from linemate Luke Kutkevicius in front of Sting goaltender Aidan Hughes.

Daniel D’Amico also scored for Windsor in the first period. D’Amico accepted a cross crease pass from Tyler Angle to give the home team a 2-0 lead after one.

Kutkevicius scored one for himself in the second, extending Windsor’s lead to 3-0 after two periods of play.

In the third, Spitfires defenceman Connor Corcoran scored with a hard blast past Hughes from between the circles.

To the surprise of no one, Sting forward Anthony Salinitri got us on the board. A hometown Windsor boy, Salinitri lifted a snipe past Spitfires goalie Michael DiPietro midway through the third. Salinitri’s eighth of the season brought the Spits’ lead down to 4-1.

Despite the loss, it was a monumental night for rookie Sting forward Justin McCombs. A native of Kitchener, Ontario, McCombs went in on a late breakaway and lifted a beautiful shot over the shoulder of DiPietro.

Tonight’s final score was 5-2. Hughes made twenty-two saves in net for the Sting. The official box score can be viewed here.

We return to action on Wednesday morning in Flint! Puck drop for a school-day game against the Firebirds is 11:00 AM at the Dort Federal Event Center.