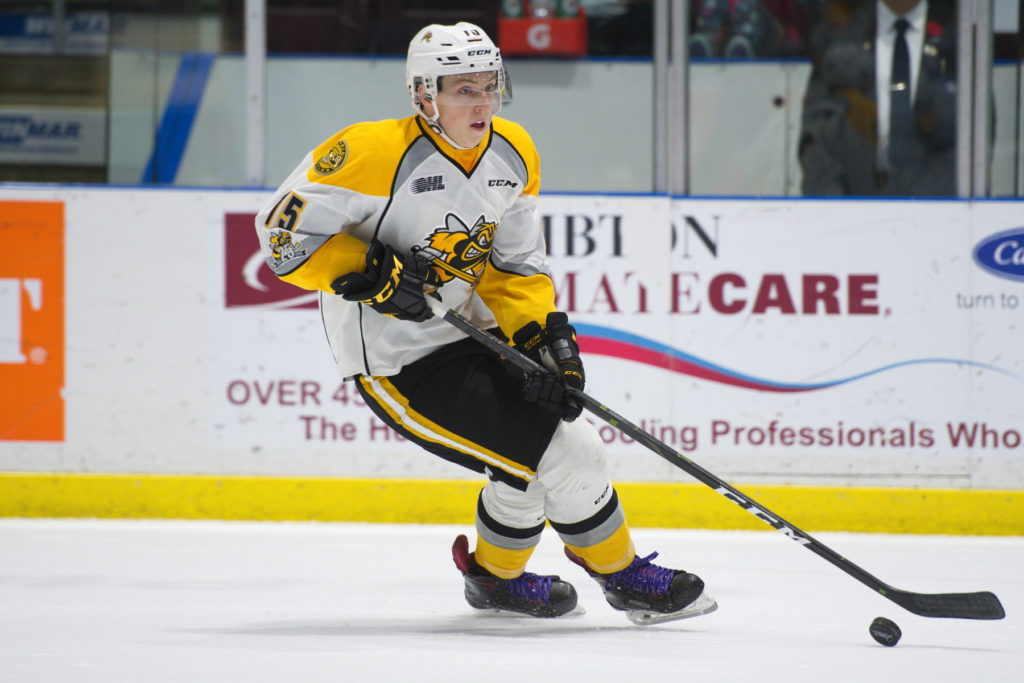 The Sarnia Sting visited the Windsor Spitfires on Thursday evening.

It was the first of a home-and-home with the Spits this weekend. We opened things up tonight with round one at the WFCU Centre.

The first period was all about blocked shots. Everywhere anyone turned, all the lanes were plugged. Whether it was looking for a pass or looking for a shot, there were sticks and skaters all over the place.

Spitfires forward Chris Playfair scored the lone goal of the period. With an assortment of six skaters almost directly in front of Sting netminder Cameron Lamour, the puck was inevitably very difficult to track. Spits defenceman Louka Henault shot the puck on net, and with Lamour struggling to find it, Playfair got a stick on the disc to whack it into the cage. It was 1-0 through one frame.

Moving into the second, Windsor doubled the lead early. Spitfires defenceman Nathan Staios took a long point shot that had eyes of its own. Lamour was once again screened, and the puck found its way past him. 2-0.

It looked like things were about to be 3-0 only seconds later, but the Spits had a goal called off for goaltender interference. Despite that, they made it 3-0 for real very quickly after. Spitfires rookie forward Jean-Luc Foudy entered the Sting zone with speed before carrying the puck around the net. Foudy centered it out front to a perched Cole Purboo, who one-timed the puck past Lamour.

Sarnia forward Calvin Martin replied with an answer. Sting defenceman Alexandre Hogue sent a hard point shot in the direction of Windsor netminder Colton Incze. Martin was in the perfect lane to effortlessly deflect the puck through the goaltender. Hogue picked up an assist to celebrate his eighteenth birthday, and we had our first goal on the board. 3-1.

In the third period, we fought hard to the end. We had our chances on multiple powerplays but just couldn’t get another one past Incze. Windsor held on for a 3-1 final score.

We’re back in action tomorrow night at The Hive! Windsor will join us back up here for a rematch! Puck drop is 7:05 PM.

Be sure to join us on Family Day as well! We’ll face off with the Saginaw Spirit right here at Progressive Auto Sales Arena. Pick up your tickets through the link below or by clicking here!