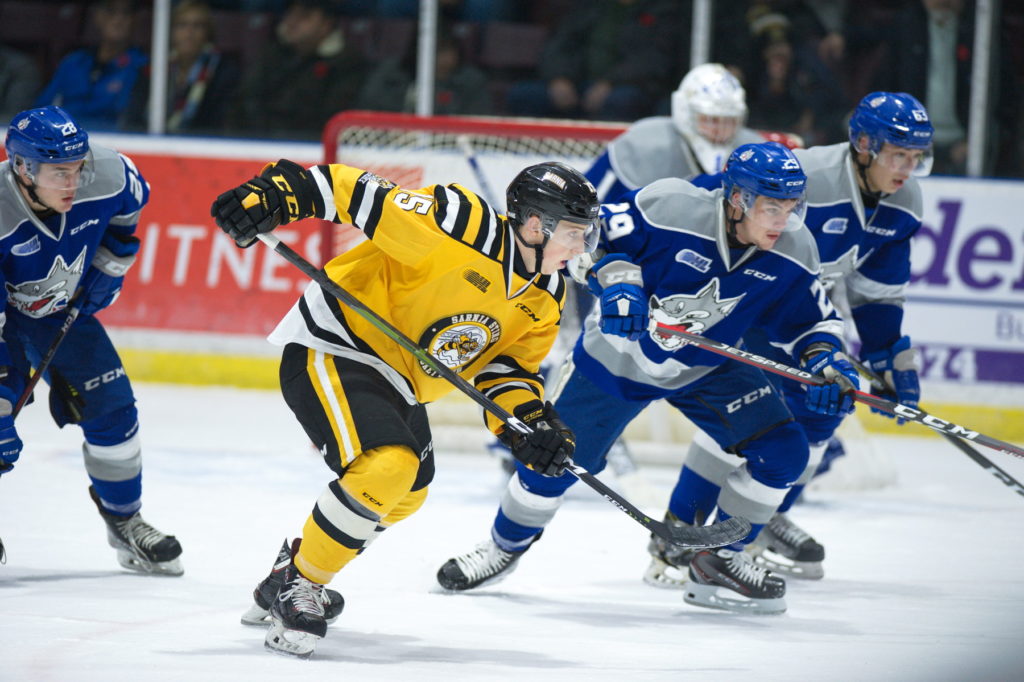 The Sarnia Sting visited the Sudbury Wolves on Saturday night.

It was a pleasantly mild winter evening outside Sudbury Community Arena. Within the walls of a historic barn, it was a great night for hockey.

In the second, Sudbury tied the game at one apiece. Wolves forward Drake Pilon rushed in on a three-on-one, and when most of the building assumed he would pass it off, Pilon shot low and hard through Sting goalie Cameron Lamour.

Sudbury forward Blake Murray scored two more quick goals for the home side. At the conclusion of two frames, the Wolves held a 3-1 lead.

Moving into the third period, it was comeback time.

Sarnia forward Hugo Leufvenius brought us within one. Sarnia captain Ryan McGregor skated swiftly into the Sudbury end before dishing cross-crease to Leufvenius. Leufvenius was armed and ready at the back door to pot the puck. 3-2.

.@ryanmcgregor84 rushes in with speed and dishes cross-crease to Hugo! McGregor has assists in 7️⃣ straight games! 😎#SARvsSUD pic.twitter.com/euBt9tWFpR

McGregor promptly turned all of Sarnia’s momentum into the game-tying goal. With the Sting once again shorthanded, they had yet again found a way to find twine. McGregor used an incredible display of speed to score a beauty wraparound goal on Luukkonen. We had ourselves a 3-3 battle.

.@ryanmcgregor84 has WHEELS! Check out the speed as McGregor soars in for a game-tying shorthanded wraparound goal! 🔥#SARvsSUD pic.twitter.com/TNaI31gmrg

The game went right down to the wire before Wolves forward Adam Ruzicka scored with three minutes to play. Ruzicka took a back door pass from linemate Owen Robinson to give Sudbury a 4-3 lead. It stood as the final score.

Lamour was stellar in net for the Sting, turning aside thirty-five shots.

We’re back in action tomorrow afternoon in North Bay! We’ll complete our weekend road swing with a 2:00 PM puck drop against the Battalion.