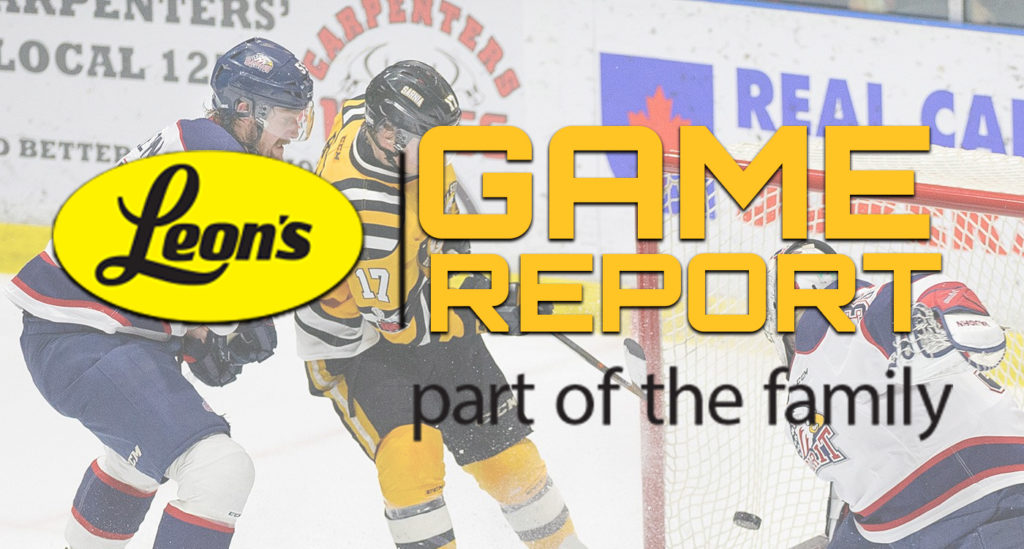 The Sarnia Sting hosted the Saginaw Spirit on Monday afternoon.

With a Family Day matinee on hand, Progressive Auto Sales Arena was filled to the walls. Loving the support from their fans, the Sting put forward a powerful performance.

Sting forward Drake Rymsha doubled the lead. With the puck loose and bobbling around in the Saginaw crease, Rymsha hopped all over the opportunity. It was Rymsha’s twenty-sixth of the season.

Jordan Kyrou has had a thing for scoring highlight-reel goals this year. The Sting captain decided to go for another one today. Kyrou went from deep within the Sarnia zone, all the way down through the neutral zone, around Spirit captain Keaton Middleton, around the net, and wrapped it around into the cage. Michael Pezzetta and Cam Dineen recorded the assists. Following the goal, Spirit goalie Evan Cormier replaced Lamour between the pipes. It was 3-0 after one.

In the second period, a monumental moment happened. On Adam Ruzicka’s team-leading thirty-second goal of the season, Kyrou added to his place in the Sting record books. Kyrou and Jonathan Ang drew assists on the goal. But for Kyrou, the assist meant a little more. It moved Kyrou into second place all-time for career points in club history. Kyrou now has 269 points, having surpassed former Sting legend Kris Newbury. Jonathan Sim is our all-time leader with 311 career points.

Rymsha added his second of the afternoon with twenty seconds remaining in the middle frame. Ang drove tight down low on the Spirit crease and tossed a timely pass over to Rymsha. It made the game 5-0.

In the final period, Sean Josling continued his career year, scoring his nineteenth of the year. Josling went blocker side on Cormier. Assists to linemates Ryan McGregor and Hugo Leufvenius.

Max Grondin scored late in the third for Saginaw, but the Sting were just too much to handle. Today’s final score was 6-1.

This afternoon’s official box score can be viewed here.