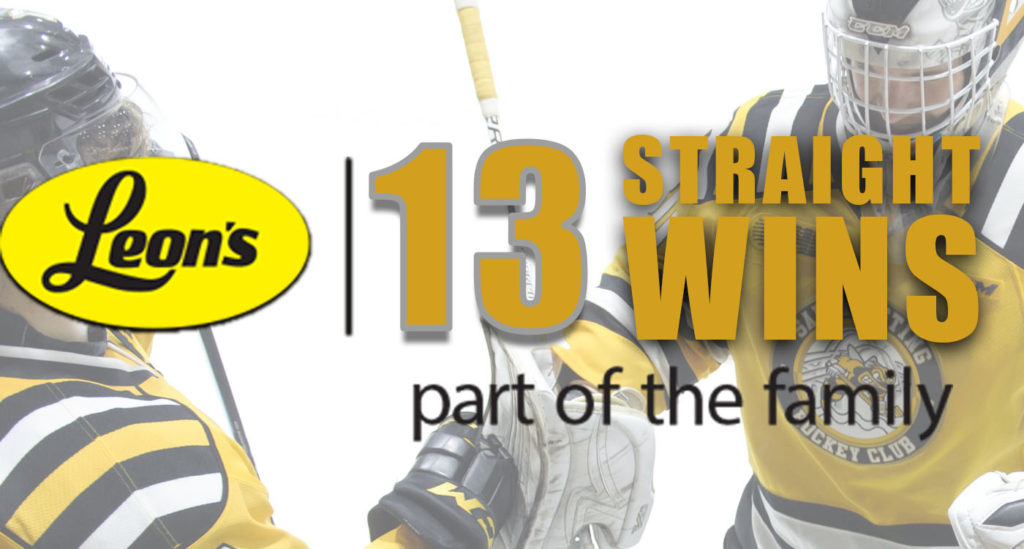 The Sarnia Sting hosted the Flint Firebirds on Sunday afternoon. It was the annual Halloween Game at Progressive Auto Sales Arena. And in the first period, Sean Josling certainly wasn’t scared to start scoring goals.

Josling had two in the opening frame, both of them assisted by linemate Ryan McGregor.

On Josling’s first goal, the pair completed a smooth give-and-go to give the Sting the lead. McGregor and Josling entered the offensive zone with a two-on-one, and Josling was the trigger man, tapping the puck into a wide open cage.

The second goal was just as nice. McGregor sent a hard cross-crease pass over to Josling, who was able to get just enough of the puck to push it through Firebirds goaltender Garrett Forrest.

In the second period, Drake Rymsha continued the Sting’s goal scoring ways. Jamieson Rees was key to the tally, out-battling a much larger Flint defenceman in the corner. Rees then shoveled the puck to Sting captain Jordan Kyrou, who feathered a pass to Rymsha for the goal.

Kyrou scored one of his own not long after. Adam Ruzicka took a shot which deflected off a Flint foot and right onto the tape of Kyrou. Staring down a wide open net, it was the easiest goal Kyrou’s scored all year. It made the game 3-1 for Sarnia.

Jack Phibbs scored for the Firebirds midway through the period, his first of the year.

Then, did someone order delivery? Jordan Ernst stepped out of the penalty box to create a three-on-one for the Sting, absolutely firing one top shelf past the Firebirds’ goalie.

With the Sting in full control, they entered the third period with a 5-1 lead.

In the final frame, Flint added their second goal of the contest, but Sarnia was just too much to handle.

Ruzicka scored a powerplay goal with about five minutes left to finish out the afternoon.

Aidan Hughes had another dandy day in goal for the Sting. Hughes picked up his fourth win of the season, stopping 28 of 30 shots against.

The Sting head east next weekend, with road games against the Peterborough Petes, Kingston Frontenacs, and Ottawa 67’s.