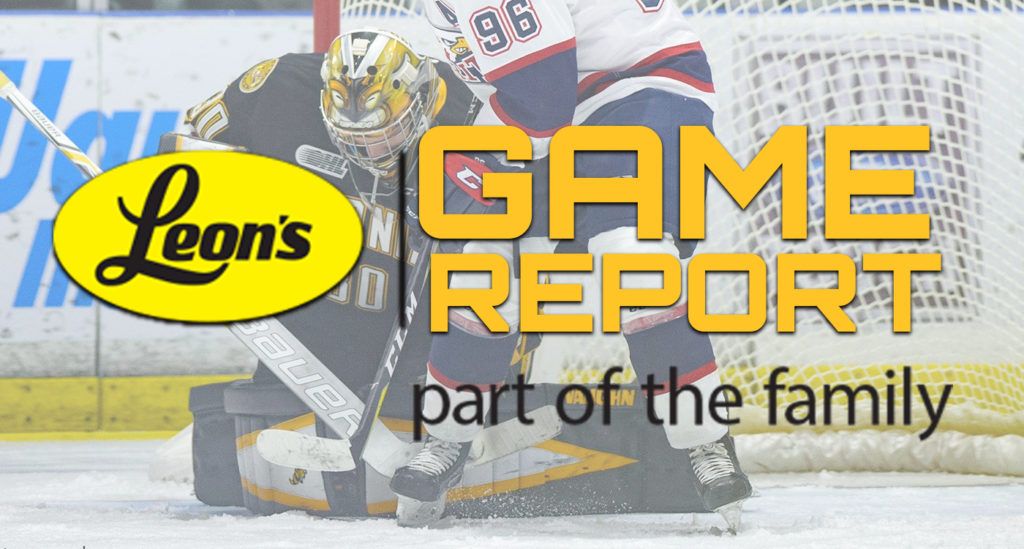 The Sarnia Sting hosted the Saginaw Spirit on Wednesday night. It was the third meeting of the division rivals this season.

In the first period, Marcus Crawford scored the first goal of the game. After Sting rookies Brayden Guy and Colton Kammerer teamed up for a strong chance in the Spirit crease, the puck ended up in the Sarnia end. Crawford came in quick on Sting goaltender Aidan Hughes and scored his tenth of the season.

Not long after, Sting forward Sean Josling tied things right back up. Josling scored his career-high twelfth goal of the season to make it a 1-1 game. Linemate Hugo Leufvenius held off Saginaw defenders to play setup man. They were too quick for Spirit goalie Cameron Lamour.

In the second period, Saginaw took control of the scoresheet. Mason Kohn and Blade Jenkins combined for goals at the eight and nine minute marks, respectively.

Drake Rymsha scored the lone goal of the period three minutes in. Rymsha took a quick shot off the left wing side that got by Lamour. On the goal, Sting rookie defenceman Alexandre Hogue recorded his first career assist, giving him his first Ontario Hockey League point.

The final score tonight was 4-2 in favour of Saginaw. Tonight’s official boxscore can be viewed here.

The Sting are back in action on Friday night. It’s a special 6:00 start time! Join us at Progressive Auto Sales Arena as we take on the Flint Firebirds! Make sure to pick up tickets for all your Sting home games by clicking here.