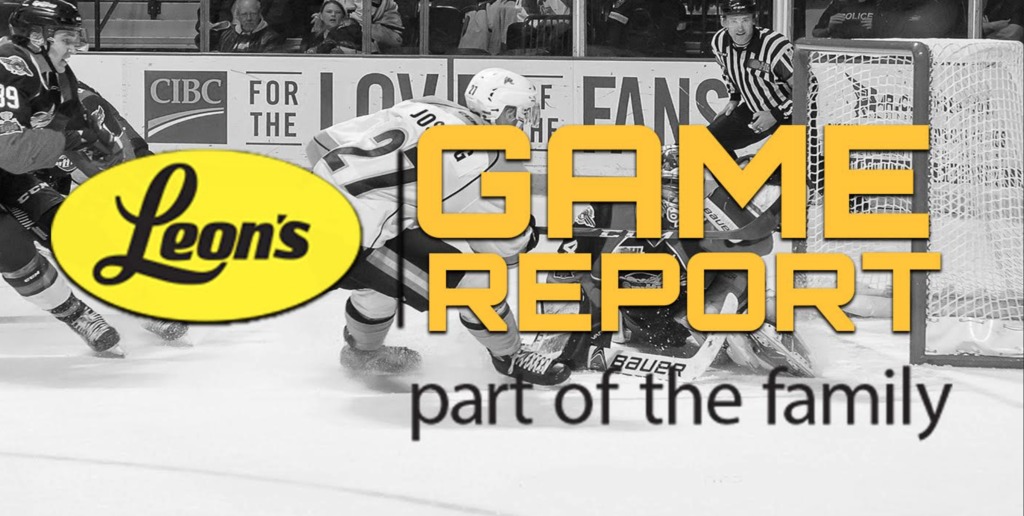 The Sarnia Sting travelled back to Windsor Thursday night for Game 4. The Sting came into the WFCU Centre looking to take a 3-1 series lead.

After a huge comeback win on Tuesday night, the Sting looked to continue the momentum into tonight’s matchup.

The puck was dropped and the game was underway. After a ricochet in front of the Sting net, Windsor’s Boka got his stick on the puck and was able to put it past Fazio for an early lead.

After a flurry of shots from the Sting, the dominating line of Leufvenius – McGregor – Josling went back to work like they have been doing all series. This time, Hugo Leufvenius finding Ryan McGregor streaking towards the net who roofed one past Michael DiPietro to tie the game at one apiece.

As the buzzer sounded to end the first, the Sting lead in shots 21 to 5.

As the second started, the Sting shots did not stop coming adding 16 shots during the frame. After a scoreless second, the Sting were looking to take the lead with a big third period.

After a back and forth start to the period, Spit’s Playfair picked up the puck at the Sting blueline after an unlucky Sting turnover and tallied a shorthanded goal to take the lead. Midway through the third, Windsor then tallied the insurance goal, Douglas tipping the puck out of the air and putting it past Sting net-minder Fazio. As the time ticked down, the Sting pressed but were unable to put one past DiPietro.

We return back to the Progressive Auto Sales Arena tomorrow night, as the Sting look to take another series lead.

Secure your seats for Game 5 here.