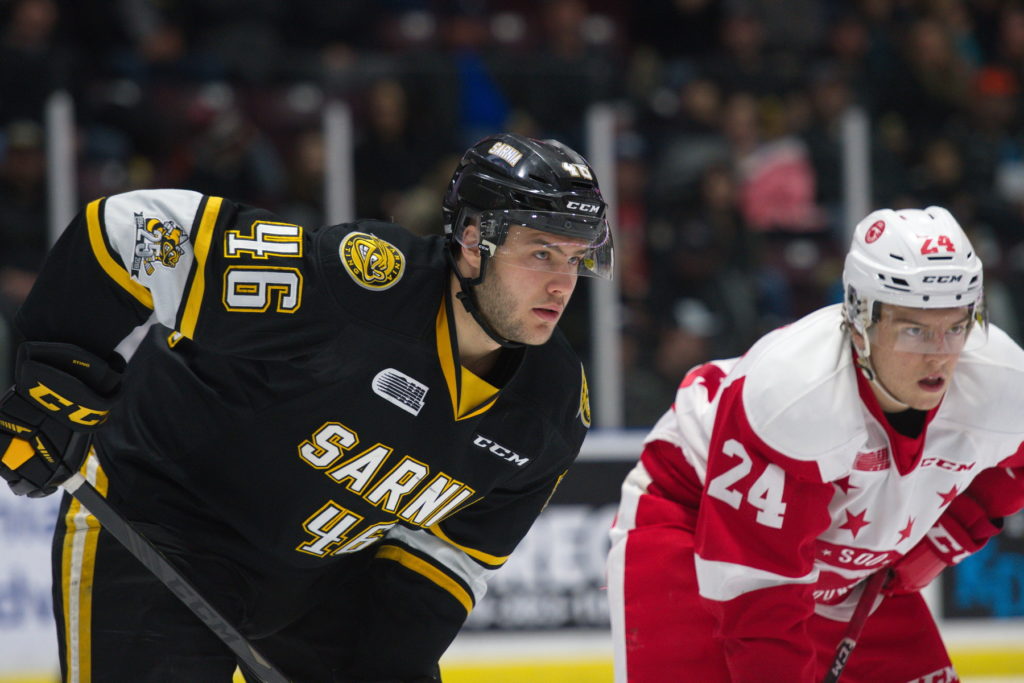 Sting rookie forward Nolan Burke had the response. Poised and ready at the top of the Greyhounds crease, Burke pounced on the rebound of a Mitch Eliot blast. Burke swept the puck through Soo goalie Matthew Villalta to tie the game at 1-1. Through twenty minutes, we were all knotted up.

Opening the second period, Soo freshman blueliner Ryan O’Rourke made it 2-1. O’Rourke fired a low one-timer from the point.

It looked like Sting forward Curtis Egert had brought the game within a goal. However, we were called for goaltender interference. The goal was waived off. We headed to the third frame down a pair on the scoresheet.

In the final stanza, Greyhounds skaters Jacob LeGuerrier, Keeghan Howdeshell, and Zack Trott each added a goal of their own. Tonight’s final score was 6-1.

Langevin had a very active night in goal but did make some exceptional stops between the pipes. Check out two of his twenty-nine saves!

.@ethanlangevin33 has had a busy game! Check out two of his best saves of the night right here 😎#SARvsSOO pic.twitter.com/RtYHHB6J2l

We return to action on Tuesday night back at The Hive! Be sure to join us as we continue our quest to lock up a playoff spot! Puck drop against the Saginaw Spirit is 7:05 PM. Grab your tickets below!