MENU
Next Up: Windsor at Sarnia - Sunday, January 26 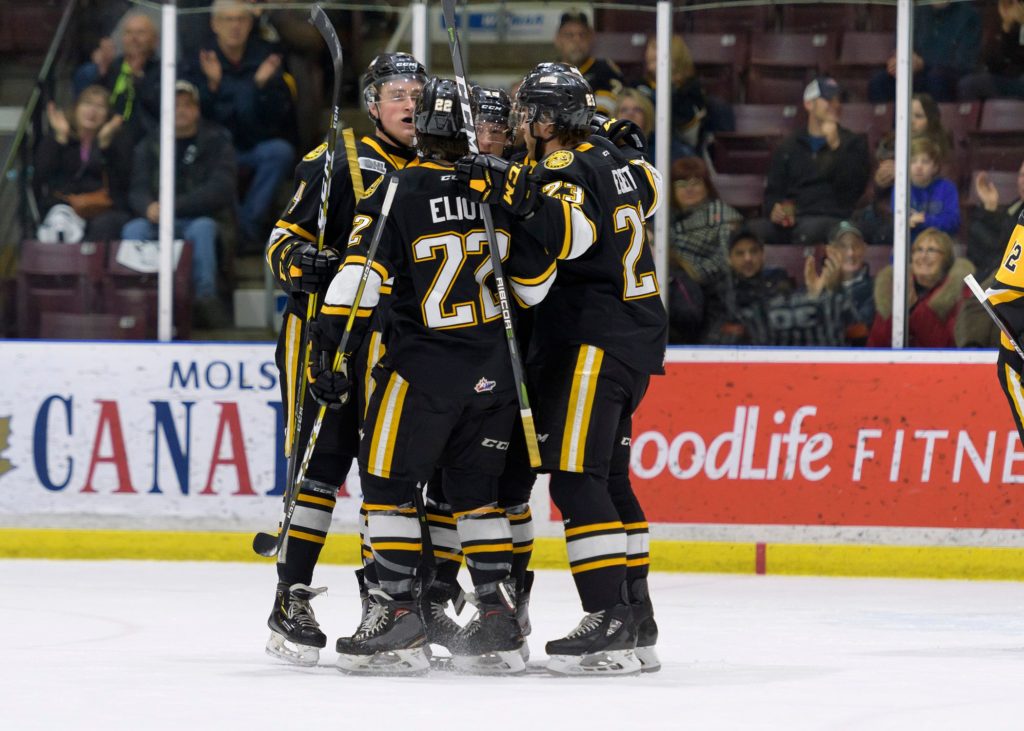 Completing a weekend filled with dogs, the Sting put on a show.

It took only a minute for Sarnia to score their first of the night. Sting defenceman Mitch Eliot opened things up. After forward Sean Josling wheeled around the Hamilton net with speed, Josling dished out front into the slot. Eliot stepped up and blasted a missile past Bulldogs netminder Nick Donofrio. Just like that it was 1-0.

Sting forward Brayden Guy was next to tally. Guy accepted an awesome setup pass from Franco Sproviero. Taking the dish, Guy went glove-side on Donofrio to make it 2-0.

Adding the next one was Curtis Egert. Egert was in perfect position in the slot to capitalize after captain Ryan McGregor jump-started the opportunity. Egert’s eleventh of the season made it 3-0.

Guy is known for scoring in pairs, and appropriately scored his second of the night before the end of the first period. Sting defenceman Marko Jakovljevic picked up his second assist of the frame. After one, we held a 4-0 lead.

In the second, we kept things rolling right away. McGregor scored his first of two goals on the night to extend our lead to 5-0. For McGregor, it was also his second shorthanded goal in as many games. Back-to-back shorties in two games since coming back to the lineup. Backs all around.

Hamilton found inspiration thanks to a five-on-three powerplay to get themselves on the scoresheet. Jan Jenik and Logan Morrison each scored to make it a 5-2 game midway through period two. Heading to the third, we had a two-goal lead.

In the final frame, McGregor started things off by scoring his second of the game to make it 6-2. With the score widening once again, thing started getting chippy. Jamieson Rees laid an absolute bomb of a hit on a Bulldogs forward who cut through the middle with his head down. Rees was immediately challenged to a fight by veteran Bulldogs defender Kade Landry. When the dust settled, the Sting emerged with a powerplay.

Hamilton scoring star Arthur Kaliyev scored two quick goals for the visitors to make it 6-4. But the momentum was on Sarnia’s side all night long.

Hugo Leufvenius and Jacob Perreault each scored for the Sting put an exclamation point on the victory. Tonight’s final score was 8-4 in a crazy game at The Hive.

We return to action next weekend with a northern road swing! First up is Barrie on Thursday night. Puck drop against the Colts at the Barrie Molson Centre is set for 7:30 PM! 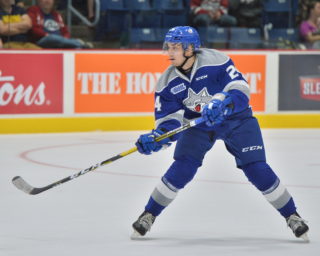