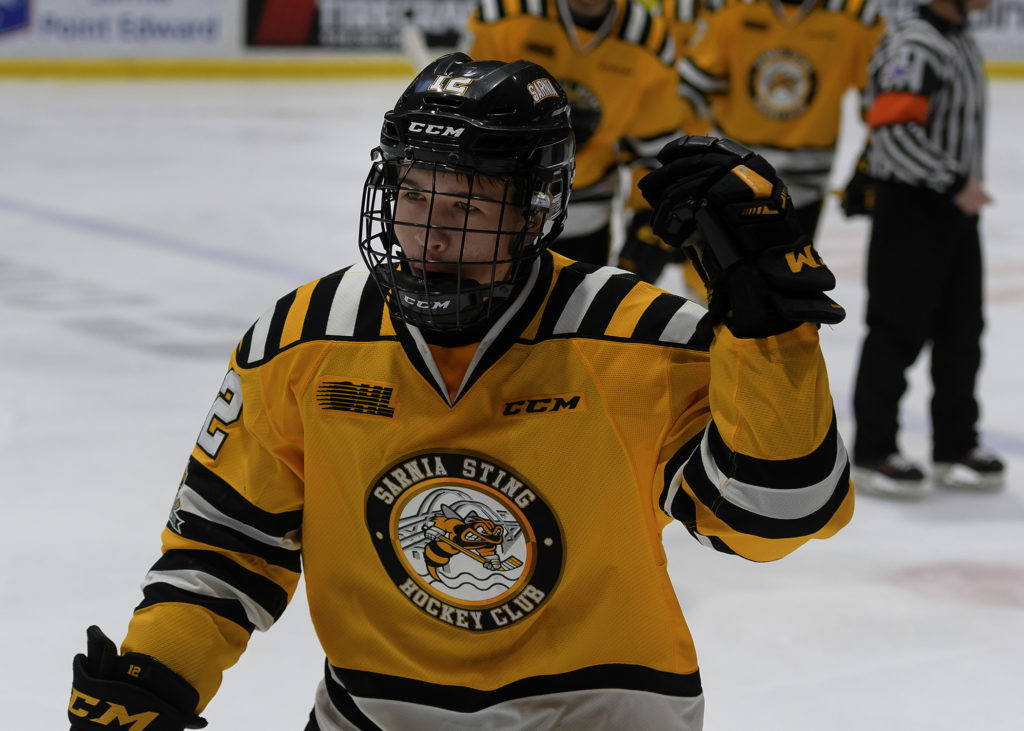 The Sarnia Sting hosted the Flint Firebirds on Sunday afternoon.

Wrapping up the regular season at Progressive Auto Sales Arena, the Sting made sure to head into the postseason with a bang. In front of a loud home crowd at The Hive, Sarnia was ready to roll.

It was knotted at 1-1 through one period of play.

Starting off the second frame, Sting rookie sensation Jacob Perreault scored his thirtieth goal of the season. It is a remarkable feat for an Ontario Hockey League freshman. Leufvenius setup Perreault for a one-timer in the slot, and Perreault made no mistake. 2-1.

Sting defenceman Colton Kammerer’s hard slapshot made it a 3-1 game. Marko Jakovljevic set a key screen in front of Vella, allowing Kammerer to power the puck through. Sarnia captain Ryan McGregor picked up the official assist on the play.

Entering the third stanza, Sarnia was up by two, and ready to add more.

Sting forward Calvin Martin extended the lead. Martin accepted a slick dish from defenceman Nick Grima. Martin made a quick adjustment in front of Vella and buried it into the twine. 4-1.

Then, an always cool moment.

Sting rookie forward Nolan DeGurse scored his first OHL goal. DeGurse executed some perfect stickhandling off the wall, drove out front, and shot into the cage. DeGurse’s celebration said it all. It was an awesome goal for the local Brights Grove native.

Anthony Tabak pick up Sarnia’s last goal of the day, and the Sting skated away with a 6-3 victory.

Langevin turned aside eighteen shots to record the victory between the pipes.

Now, it’s time for the playoffs! Game one against Saginaw goes Thursday night at the Dow Event Center. Puck drop is 7:05 PM!

We’ll see you at The Hive for game three; it’ll be our first home matchup of the postseason!