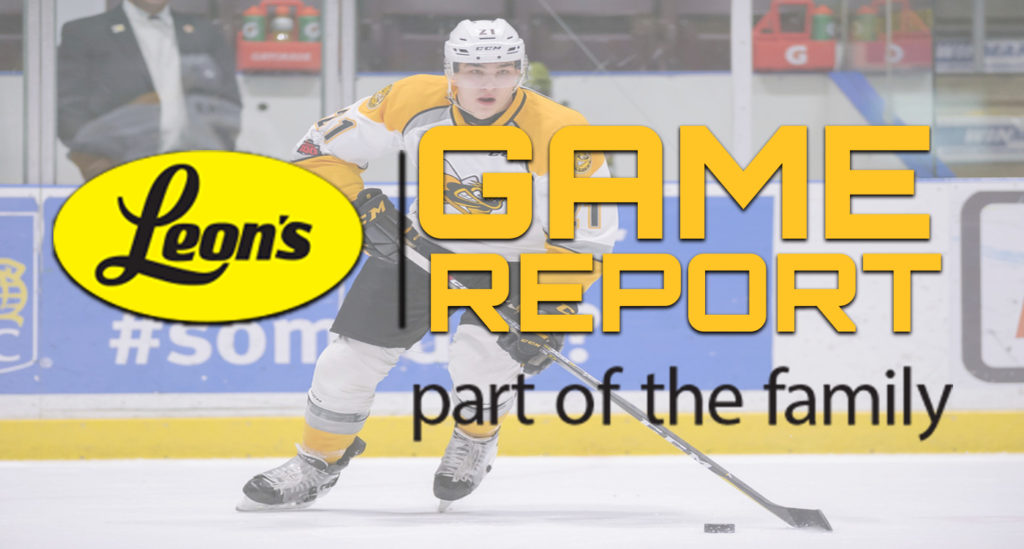 The Sarnia Sting visited the Flint Firebirds on Wednesday night.

In this their fifth meeting of the season, the Sting recorded their second win in as many matchups. At a final score of 6-3, the Sting controlled this game all night long.

Starting things off in the first period, Adam Ruzicka scored his jersey-number goal, his twenty-first of the season. Ruzicka took a pass from Sting captain Jordan Kyrou and fired from way out. Just a couple steps inside the blueline, Ruzicka sent a screaming shot past Firebirds goaltender Garrett Forrest.

A little over one minute later, Sting defenceman Theo Calvas scored his third of the year. Sarnia forward Jonathan Ang circled around the Firebirds net with speed, finding Calvas as the open man just inside the blueline. With space and time, Calvas wristed the puck through Forrest. Following the goal, Flint switched to backup goalie Luke Cavallin.

In the second period, Sting forward Drake Rymsha added to the lead. With the puck bouncing around in front, Rymsha collected it to the right of the Flint crease and popped it home. Sting defenceman Nick Grima and Ang picked up assists on the play. Much like Ruzicka’s earlier goal, it was Rymsha’s twenty-first of the season.

Connor Roberts and Maurizio Colella scored for Flint in the second period. The Sting led 3-2 through two.

In the third, Ruzicka geared into overdrive. Ruzicka scored two more goals, completing the hat-trick. Since returning from the 2018 World Juniors, Ruzicka has looked like he’ll be a force heading down the playoff stretch. Tonight may have just been the true spark.

Michael Pezzetta also scored for the Sting in the third. Pezzetta battled in front for positioning and whacked the puck low through the Firebirds goalie. It was Pezzetta’s seventeenth of the season and second since being acquired from Sudbury last week.

Aidan Hughes recorded his fifth win of the season in goal. Hughes stopped 29 of 32 shots faced.

We’ll see you on Friday night at The Hive for another edition of Best in the West against the Soo! Before the game, we’ll be celebrating Jordan Kyrou’s gold medal at the 2018 World Juniors!