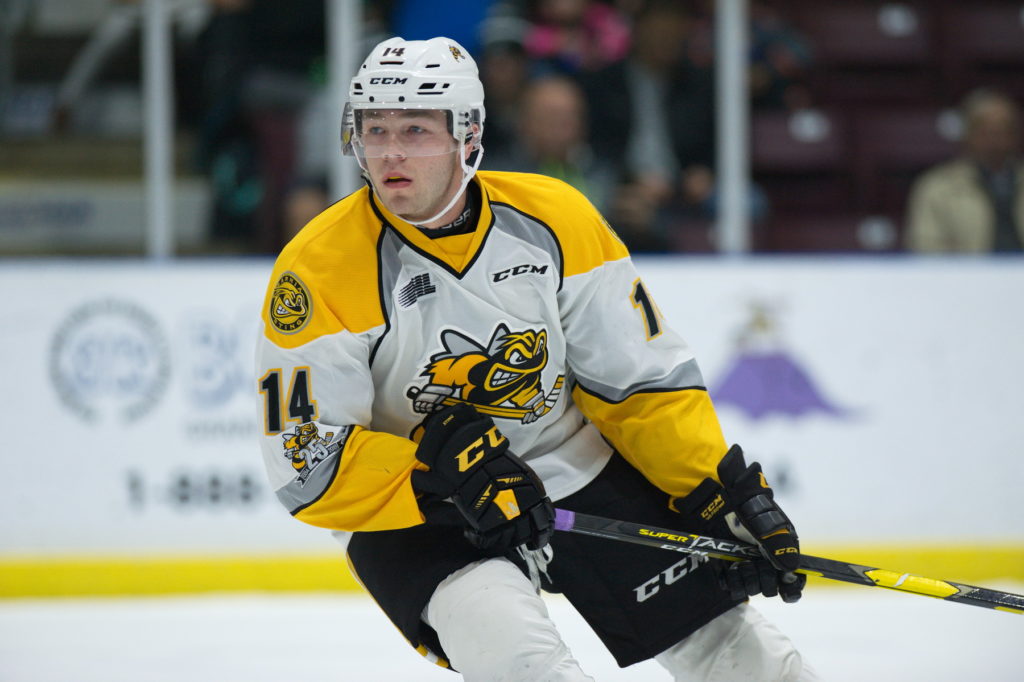 The Sarnia Sting visited the Flint Firebirds on Saturday night.

After clinching their playoff spot yesterday, the Sting were resting numerous players this evening. Sporting a young but spirited lineup, Sarnia took on a highly motivated Firebirds roster.

In the first period, Flint forward Ethan Keppen opened the scoring. Keppen sent a one-timer under the crossbar from just inside the right circle. It went over the shoulder of Sting netminder Cameron Lamour to make it 1-0.

Sting rookie sniper Jacob Perreault tied things up. Perreault stripped Firebirds captain Ty Dellandrea of the puck, and then Perreault took off. Perreault soared in on a breakaway and went five-hole through Flint goaltender Luke Cavallin.

.@JPerreault_44 now has 2️⃣9️⃣ goals in his rookie season! Strips the puck and scores on the breakaway! 🔥#SARvsFLNT pic.twitter.com/BZgnh62Fi2

Keppen scored his second of the game early in the third period to make it 8-1.

But, the Sting weren’t rolling over.

Alexandre Hogue,  Curtis Egert, and Calvin Martin each scored third period tallies for the Sting. Tonight’s final score was a very respectable 8-4. There was a big comeback effort from our young lineup.

We’ll complete the regular season tomorrow afternoon at The Hive! The Firebirds will come up to Sarnia to complete the home-and-home. With a full lineup, we’ll look to drive momentum into the first round of the playoffs! Puck drop at The Hive is 2:05 PM!