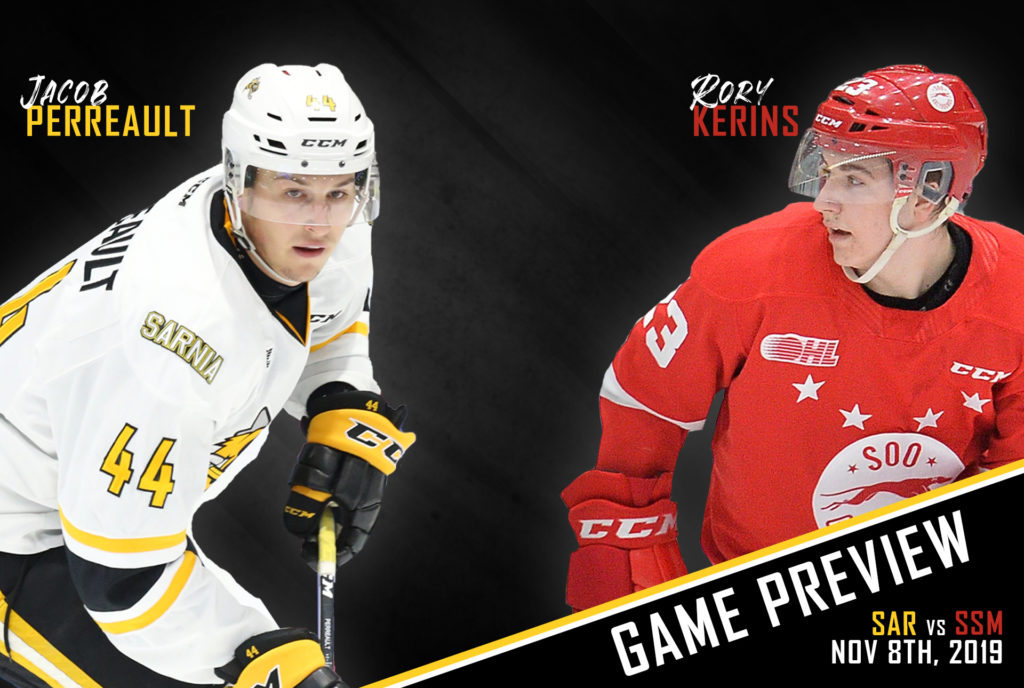 The Soo Greyhounds visit your Sarnia Sting tomorrow night looking to get back on track against a Sting team that is on quite the hot streak right now. The Sting are winners of 7 of their last 8 games, after going 0-7 to start the season. They sit 9th in the very tight Western Conference with a record of 7-8. Right below them? The Greyhounds.

The Greyhounds are struggling right now, much like Sarnia did at the beginning of the season. Currently on a 5 game losing skid, the Greyhounds are having a hard time keeping the puck out of their net. They will head into this game possibly having a boost in confidence, as the Greyhounds won 5 out of 6 games against the Sting last season.

The Sting will enter tomorrow’s contest with the league’s 3rd best powerplay, currently sitting at 30%. On the other side of the special teams, the Greyhounds enter having the 19th ranked penalty kill, sitting at 69.9%. Special teams could have a massive impact on the game, especially in a Sting victory.

This will be the first game against his former team for Sting forward Ryan Roth, who has settled in very nicely on the top line with Jamieson Rees and Sean Josling. Roth has 18 points in 10 games since joining Sarnia via trade on October 10th.

Jamieson Rees – Since returning from suspension on October 17th, Rees has been on an absolute tear. His 22 points in just 9 games gives him an average of 2.44 points per game, which is the best in the league. Rees is looking to have a big weekend before he heads off to represent Team OHL in the CIBC Canada/Russia Series on Monday night in London.

Bar-down shorthanded beauty from @_jamiesonrees 🥅⬇️@Canes prospect scores his 9️⃣🚨 in as many games this season as @StingHockey stayed hot, winning their 7th in the last 8 games 🐝 pic.twitter.com/X1q0mBzabt

Jacob Perreault – Perreault enters tonight’s game looking to get back on track. He had points in every game he played in this season before failing to register a point in last Friday’s win against Flint. Look for the ‘A’ ranked projected 1st Round Pick in this year’s NHL Draft to come out firing against a struggling Greyhounds team.

Jaromir Pytlik – The Greyhounds 2nd round selection in the 2018 CHL Import Draft has had a strong start to the young OHL season. Tied for the team lead in points with 20, Pytlik will look to have a big performance to help give his team a win to get out of their current 5 game losing streak. Watch for dynamic winger to use his powerful shot whenever he gets even the smallest amount of space. Pytlik has 2 points in as many career games against the Sting.

Rory Kerins – Kerins is having a great start to his sophomore campaign with the Greyhounds. Sharing the team lead in points with the aforementioned Pytlik; Kerins has taken advantage of a bigger role with the team, filling the spots left behind by graduating players like Morgan Frost and Barrett Hayton. Kerins has 2 goals in 5 career games against the Sting.

Kerins bangs in the cross-crease pass and we’re out to an early 2-0 lead.#SOOvsWIN#ReleaseTheHoundspic.twitter.com/FJIqIgnDIS

The puck drops on the first installment of this West Division rivalry at 7:05 tomorrow night on home ice at the Progressive Auto Sales Arena. Secure your seats to any upcoming Sarnia Sting home games by calling the Mainstreet Credit Union Sarnia Sting Box Office by calling 519 541 1717 or shop online here. 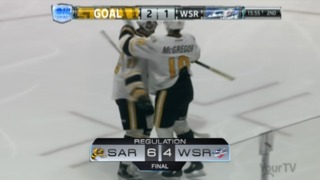