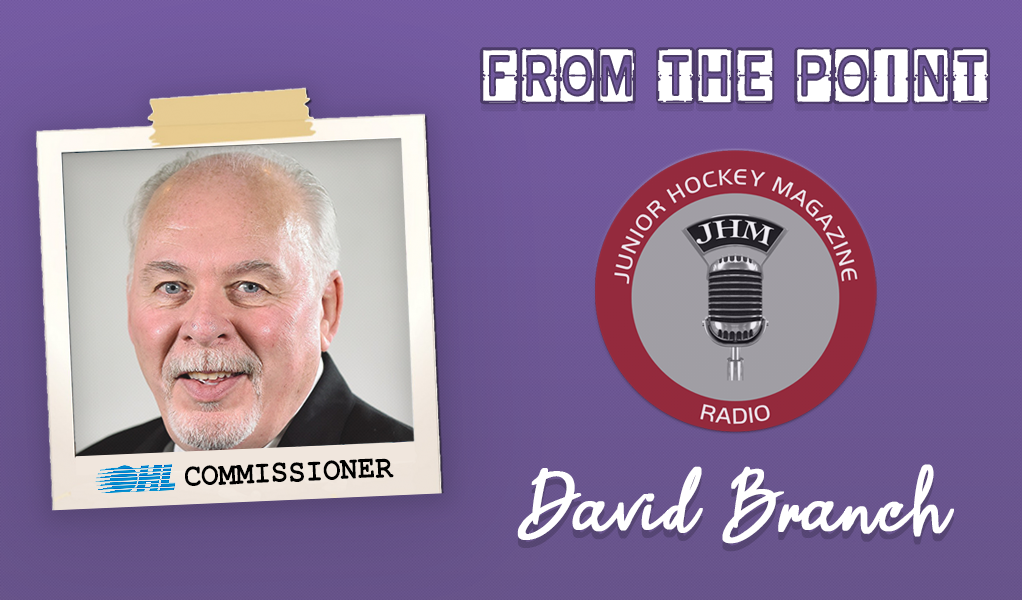 Ontario Hockey League Commissioner David Branch recently sat down with Junior Hockey Magazine to discuss the cancellation of the 2020-21 season, how the league is preparing for the coming year, and the continuation of the league’s scholarship program:

Junior Hockey Magazine: How did you finally come to make the cancellation announcement?

David Branch: We had no choice in terms of reaching a point of no return. The recent announcement by the provincial government on the shutdown extended to May 20. At that point, it really became impractical to think we could start a season of some sort after that day and still satisfy the needs and wants of everyone, particularly leading up to the NHL Draft on July 23 and 24. It was most unfortunate. The most challenging and difficult thing about this is having to tell the players. We are all about what we can do to help support the players on and off the ice. But our responsibility as leaders and adults is to make that call. It wasn’t done lightly, because we were so close leading into the outbreak of this new variant where we had the Chief Medical Officer of Ontario’s approval for Return to Play, and same with the Premier and Minister of Sport. Everything was lining up and we were really excited and then things started to unravel very quickly.

JHM: How close were you to being back playing?

DB: We felt that we were going to have an announcement the next day. We were probably about 15 hours away from an announcement. That is how close it was. Then initially it was “hold off, hold off” because of increased numbers and then the shutdown. It just wouldn’t work any further.

JHM: What else can be done ahead of the NHL Draft?

DB: There are several things still in the hopper but we are cautious because players have been on such a rollercoaster. They thought we were going to return and then we had to back off, on and on. The one thing that I feel not uncomfortable stating is our genuine, true desire in working with the NHL and with CHL President Dan MacKenzie who is having these discussions about an expanded prospects event where we would have at least one team from each of the three leagues there and have a tournament. That is one thing that would provide more opportunity for our players. But it doesn’t really satisfy all of the needs and wants there. We are looking at and exploring other things but whether they will materialize, we don’t know at this point. The one thing we do know is there is no place to play in Ontario. We have to be mindful of that. There are still so many unknowns around this virus.

JHM: Despite not playing this season, the OHL club owners still supported the scholarship program. Did that send a clear message to how critical this program is?

DB: It has always been difficult to get that message out there. The challenge of this pandemic has really provided the segue and the opportunity for us to express and point out to politicians, both provincially and locally, about the work we do and the importance of our programs to the development of the players on and off the ice. Our owners remain committed to our scholarship program. In fact, this year it was 343 players with an expenditure of about $3.3 million, and that was done without any thought that there would be some provincial support. To their credit, the province stepped up and they budgeted us $2.35 million against that. That was huge. In terms of the player experience, we continued to provide the players with their training allowance, all of their equipment including sticks and skates, and insurance. There were a lot of these factors where we wanted to continue to support our players.

JHM: Do you anticipate a normal start to a normal OHL season in the fall?

DB: Yes. We are going to do everything we can. We are committed to starting and making that happen. I had a really good discussion with the other two commissioners and we are all on the same page of starting on time. Every effort is now being put toward that. We are really looking forward to getting back to some normalcy.