MENU
UPDATE: OHL RETURN TO PLAY TARGETED FOR DECEMBER 1
May 1, 2020 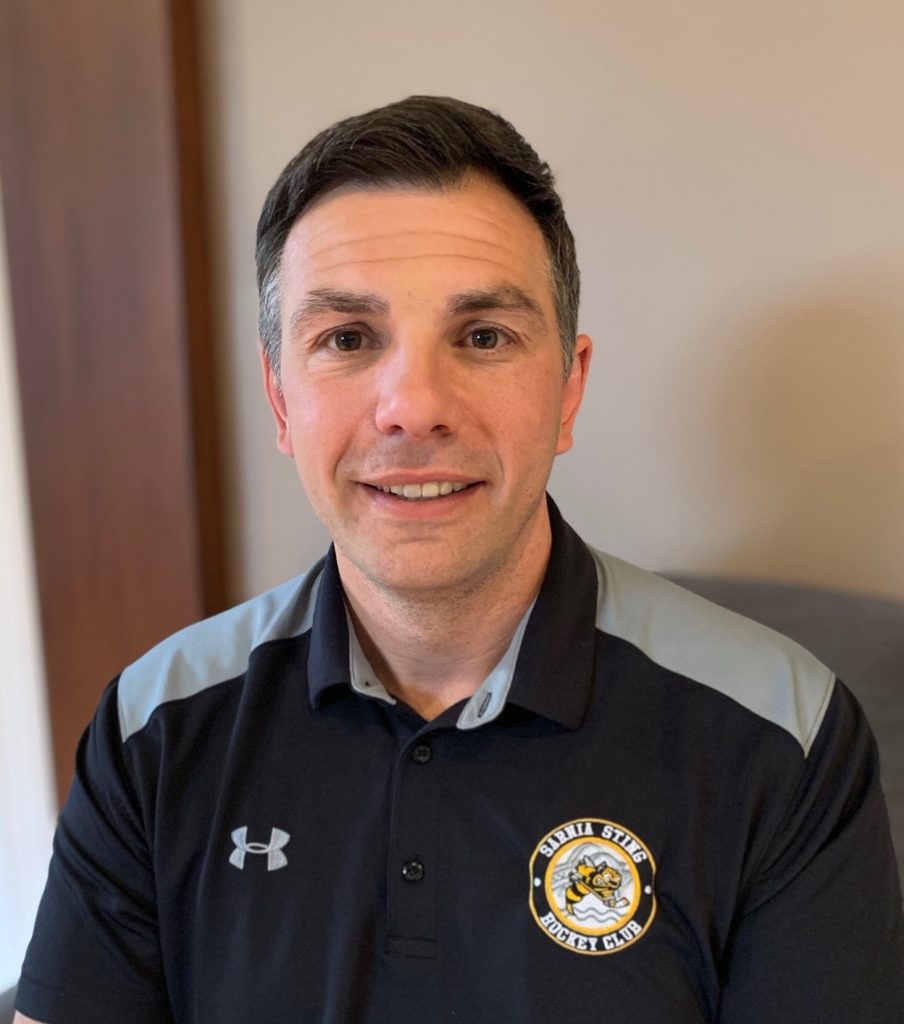 The Sarnia Sting ownership group announced today that the Hockey Club has named Dylan Seca (pr: Seek-ah) the newest General Manager. The Sundridge, ON native has spent the past five seasons as the Clubs Director of Player Personnel, where much of his role involved leading the scouting team to evaluate top OHL Draft eligible talent across North America. Prior to his time with the Sting, Seca spent three seasons (2011-2014) as the Director of Player Development for the Ottawa 67’s.

“I am extremely excited to be named the next General Manager of the Sarnia Sting. This is a respected organization throughout the Ontario Hockey League, and I am honoured to help lead this team.” Comments Seca on his new role.

“Having been a part of the hockey operations staff for the last five years I feel we have a team that is ready to make some serious progress in the near future. I want to thank David Legwand and Derian Hatcher for this opportunity as we help guide our program to a J. Ross Robertson Cup and Memorial Cup Championship. I would also like to thank former GM Nick Sinclair for his friendship and providing the learning opportunities under his guidance.”

“Lastly, working in the hockey industry requires support from family and I want to thank my wife Kristy, and my two daughters Sadie and Kallee for allowing me to follow my dreams. In closing I would like to pass on my best wishes to all Sting fans in the Sarnia-Lambton area, hoping you and your families are staying well through these unprecedented times. I am excited to get things started.” Adds Seca.

Adding to his wealth of Hockey experience Dylan is also a graduate of the Ontario Hockey League between 1993- 1996 he suited up in 124 OHL games between the Detroit Jr. Red Wings, Niagara Falls Thunder and Kitchener Rangers.

Sarnia Sting co-owner David Legwand comments: “We are very excited about today’s announcement. Dylan is a very hard working, intelligent hockey mind that understands this league, the development of young hockey players and has an established understanding of our organization. He conducts himself with a high level of professionalism and integrity which we feel best represent the Sarnia Sting. “We look forward to working with and supporting Dylan in his new role as we continue to strive to reach our ultimate goal.”