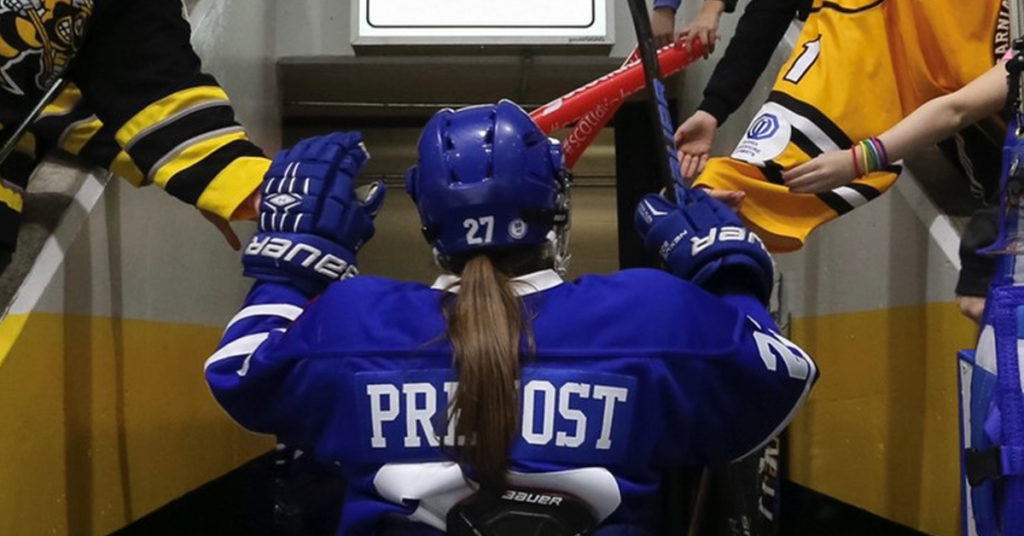 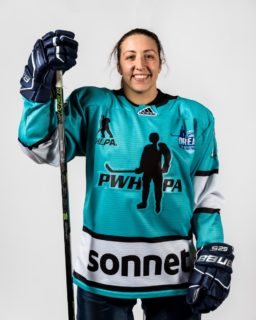 Prevost (pr: pre-vost), a former Lambton Jr. Sting and Bluewater Hawk, joins the organization with an impressive athletic resume that includes 11 National Championships, nine years of professional hockey experience, and a national ranking in the sport of CrossFit. Currently a member of the Professional Women’s Hockey Players’ Association (PWHPA) and Team Sonnet participating in the Secret Dream Gap Tour, Prevost has suited up in 165 professional women’s hockey games between the Montreal Stars and the Toronto Furies of the former Canadian Women’s Hockey League (CWHL). She has represented Canada on different National teams in both taekwondo and in hockey. Carolyne has won 11 National Championships in 4 different sports in her athletic career. She graduated from the University of Madison- Wisconsin and won 2 NCAA Division 1 titles with the Wisconsin Badgers Women’s hockey team.

Currently a high school math, science and physical education/health teacher in Oakville, Ontario, Prevost is also a top athlete in the growing sport of CrossFit competition. She found Crossfit in 2013 at the age of 23 and qualified for the Crossfit Games in both 2019 and 2020. She took 12th place in the world in 2019. 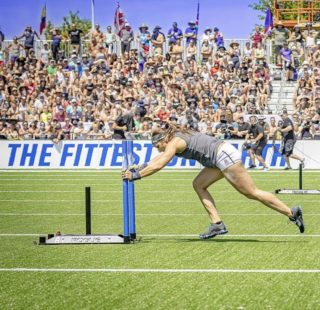 “To say Carolyne’s resume and experience is impressive would be an understatement,” comments the Sting General Manager. “To add someone of her caliber to our group is a tremendous opportunity. We are looking forward to working with Carolyne, to continue to celebrate her accomplishments and promote the opportunities for women in the game of hockey, further supporting the efforts of herself and the PWHPA. We look forward to getting started on these evolving initiatives and welcome Carolyne to the Sting family.”

In her capacity as Women’s Hockey Ambassador the Sting and Prevost will work collaboratively to showcase the opportunities for women in the sport and support the development of female hockey players and women’s hockey programs in the Sarnia-Lambton community.

Prevost comments on joining the Sting. 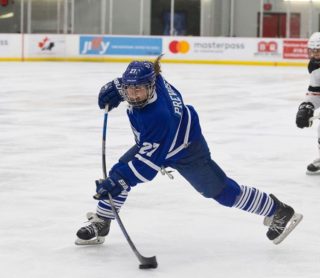 “I am really looking forward to getting started and would like to thank Dylan and the Sting for the opportunity. Although I am not currently living in Sarnia, my family is all there, and it holds a special place in my heart. I look forward to getting to work with the Sting and young women in the Sarnia-Lambton area, while creating a bigger connection between the men’s and women’s programs.”

As part of International Women’s Day (March 8, 2021) the Sarnia Sting are proud to promote women in the sport of hockey and will look to continue to further support the growth of the women’s game.