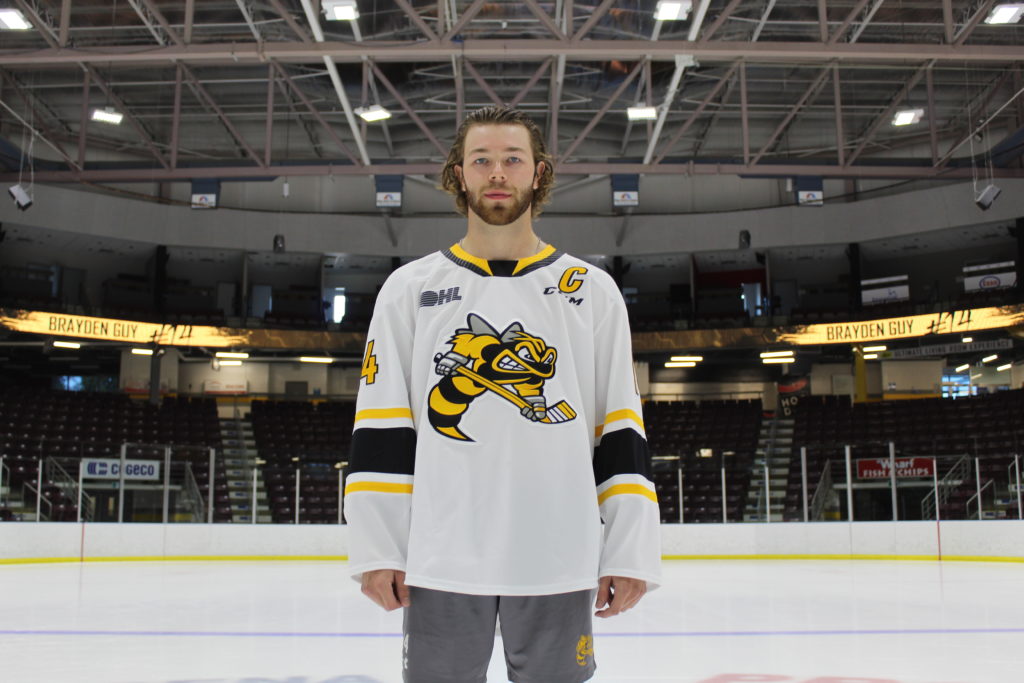 Sarnia, ON. –  A special guest and former Sting Alumni in Steven Stamkos announced today that Forward Brayden Guy has been named as the next captain of the team. With the announcement, Guy joins an exclusive group of Sting leaders which includes Alumni Jordan Kyrou, Alex Galchenyuk, and his former teammate Ryan McGregor.

“I am truly honoured to be named the next captain of the Sarnia Sting. It means a lot to me and from the bottom of my heart, I would like to thank everybody for the opportunity. I have been here a while and seen some great captains come through the organization and it really means a lot to me to have this honour.” Comments Guy on being named team Captain.

Guy, a 6’0” 20-year-old Forward from Brampton, Ontario is entering his fourth season with the Sting. Through 161 games played in the Ontario Hockey League (OHL), all of which have been spent with Sarnia, Guy has recorded 43 goals and 37 assists for a total of 80 points.

“We are pleased to announce Brayden Guy as our new team captain. His professionalism both on and off the ice is something that aligns with our organizational core values. His leadership and character will help our program as we transition out of the pandemic and back into a return of Sarnia Sting hockey. We congratulate Brayden on his accomplishment and cannot wait to get our season underway.” Comments Sting General Manager Dylan Seca.

The Sting kick-off the 2021 preseason schedule tonight as they visit the London Knights for a match at 7:30pm and look forward to beginning the regular season on October 7th in Windsor with a game against the Spitfires at 7:30 pm.