Anthony Salinitri Moves to Oshawa in Exchange for Draft Picks 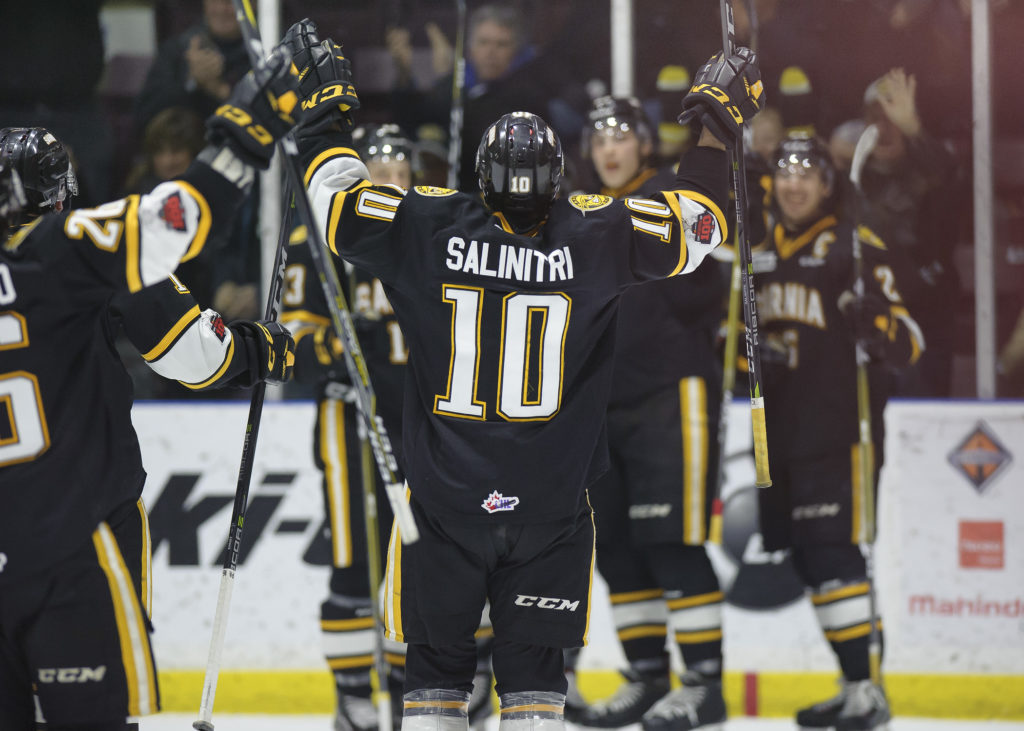 SARNIA, ON – Sarnia Sting General Manager, Nick Sinclair announced today that the Hockey Club has completed a trade that will see Overage forward Anthony Salinitri move to the Oshawa Generals in exchange for draft picks.

Salinitri, a Windsor, ON native spent four seasons in Sarnia totalling 249 games in the black and gold. Anthony was originally selected in the first round of the 2014 OHL Priority Selection, 17th overall by the Sault Ste. Marie Greyhounds. The former Alliance Player of the Year was traded to Sarnia in 2015 as part of a deal that saw Sting defenseman Anthony DeAngelo head to the Soo.

In a total 270 Ontario Hockey League Games, Salinitri scored 94 goals, adding 93 assists for 193 career points.
In exchange for the veteran forward the Sarnia Sting receive three future draft picks which include: a 2nd (Sudbury) in 2019, a 4th (Owen Sound) in 2020 and a 2nd (Hamilton) in 2022.

“On behalf of the entire Sarnia Sting Hockey Club, I offer sincere gratitude to Anthony for his time here in Sarnia. “Comments Sinclair on todays deal.

“Anthony was a major piece of our team the last four years both on and off the ice. He conducted himself as a true professional and was a tremendous role model for his younger teammates as well as the youth in our community. We can not thank Anthony enough for his dedication to our program and wish him the best of luck as he moves on to further his hockey career in Oshawa.”