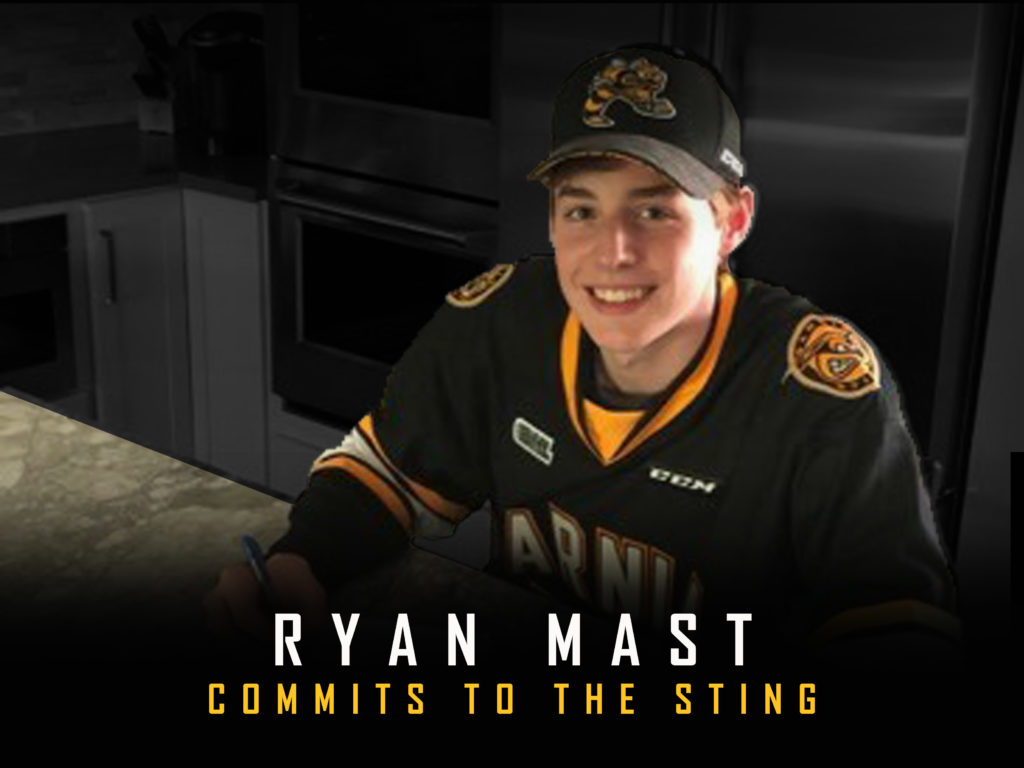 Sarnia, ON –Sarnia Sting General Manager Nick Sinclair has announced that a fourth member of the 2019 Sting draft class has committed to the organization as defenceman Ryan Mast has agreed to an Ontario Hockey League Standard Player Agreement with the hockey club.

Mast, a 6-foot-2, 190 lbs, Michigan native, played last season for the Detroit Compuware U16 AAA program, where he served as assistant captain. Mast was originally selected in the ninth round (169th overall) of the 2019 OHL Priority Selection.

Sinclair comments on today’s signing. “Ryan is a player that impressed our scouting staff throughout this past season. He is a big kid that is just beginning to fill into his frame. Ryan’s hockey IQ and ability to slow down the game through his poise with the puck are key strengths in his overall makeup. We are excited Ryan has made the decision to further his hockey career in the Ontario Hockey League. I would officially like to welcome Ryan and the Mast family to the Sting organization.”

You can see Ryan on Sting ice when Training Camp 2019 opens up at the Progressive Auto Sales Arena this August. Details to be released at a later date.