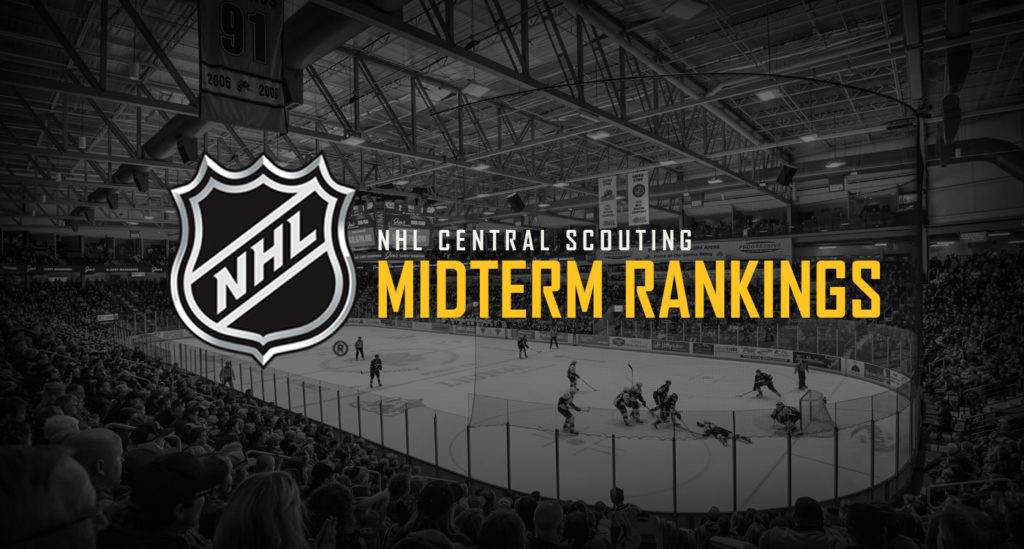 Also included in  Central Scouting’s midterm rankings are Sting prospects Case McCarthy (41st) currently playing with the U.S. U18 program, as well as Joshua Nodler (75th) and Anthony Romano (76th) both playing in the USHL.

Thomas Harley of the Mississauga Steelheads is the top ranked OHL skater listed at number nine, followed by Ryan Suzuki of the Barrie Colts at number 10.  Additional OHL skaters inside the top-31 include Arthur Kaliyev of the Hamilton Bulldogs (11), Vladislav Kolyachonok of the Flint Firebirds (22), Jamieson Rees of the Sarnia Sting (23), Philip Tomasino of the Niagara IceDogs (24), Connor McMichael of the London Knights (29), and Nick Robertson of the Peterborough Petes (30).

Hunter Jones of the Petes is the top CHL ranked goaltender listed at number two.  Jones, along with the top-14 skaters listed in the rankings will compete in the 2019 Sherwin-Williams CHL/NHL Top Prospects Game taking place in Red Deer on Wednesday January 23.

Kirby Dach of the Saskatoon Blades (2), Dylan Cozens of the Lethbridge Hurricanes (3), and defenceman Bowen Byram of the Vancouver Giants (4) are the league’s highest ranked.

Last season, 61 OHL players appeared in the Midterm Rankings before 35 were selected at the 2018 NHL Draft in Dallas including seven players chosen in the first round.