2019 Second Round Selection Justin O’Donnell Commits to the Sting 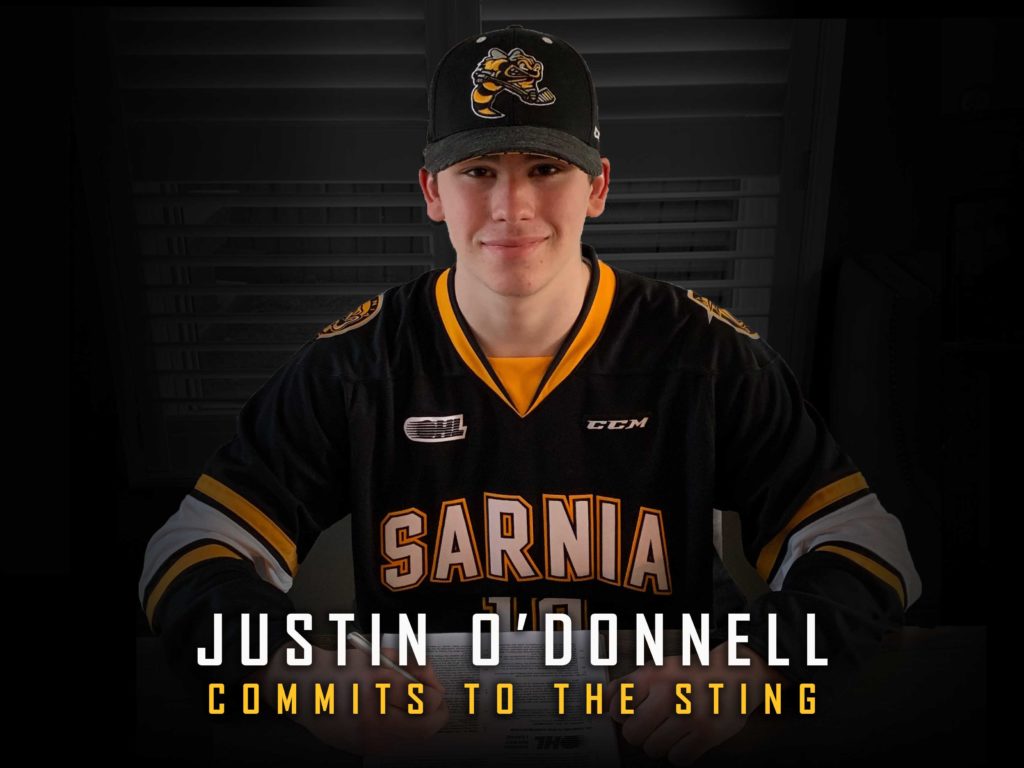 “We are very happy to be able to add Justin to our talented young group today. His overall makeup as a player is one highly coveted by our program and we believe will make him an impactful player in this league.”  Comments Sinclair on today’s 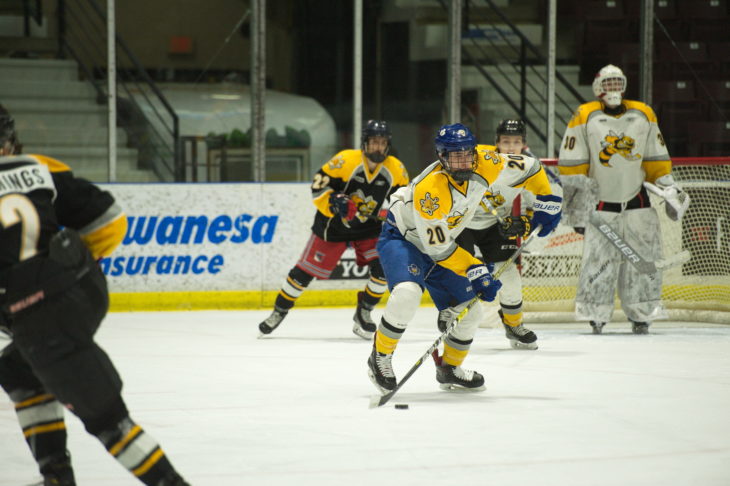 The 6’2” 175 lbs. Centre, chosen in the second round of the 2019 OHL Priority Selection played this past season for the Toronto Marlboros Minor Midgets of the Greater Toronto Hockey League (GTHL). In 72 games played O’Donnell tallied 37 goals and 68 points.

O’Donnell was also selected to compete for Team Ontario at the 2018-19 Canada Winter Games in Red Deer, AB. In 6 tournament games played he contributed for 2 goals and 4 points, capturing a silver medal alongside fellow Sting prospect Ben Gaudreau at the national competition.

The Oakville, ON native compliments his scoring ability with a fast, hard forechecking game Sting fans will come to appreciate.

“Throughout the past season Justin impressed our staff with not only his ability to get on the scoresheet but also his defensive game, versatility and relentless effort” adds Sinclair “On behalf of the entire organization I would officially like to welcome Justin and the O’Donnell family to the Sarnia Sting Hockey Club.”

Fans can see O’Donnell in action when 2019 Sarnia Sting Training Camp opens in late August at the Progressive Auto Sales Arena, dates to be confirmed.