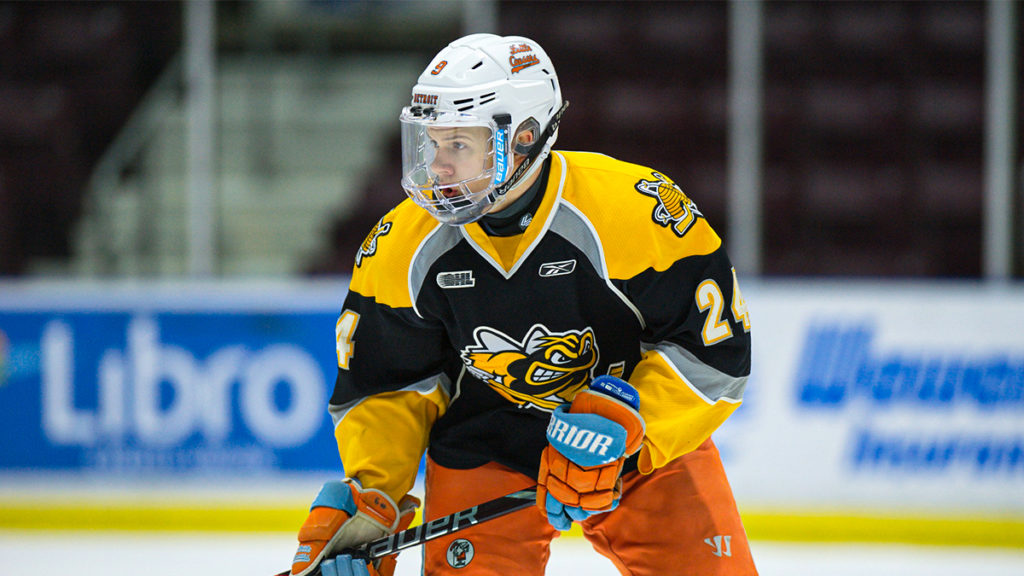 Standing at 5’9” and 165 pounds, Tarasevich spent the 2020-21 season with the Omaha Lancers of the United States Hockey League (USHL). Through 11 games played with the club, Tarasevich recorded a goal and 4 assists for a total of 5 points.

Prior to being drafted by the Sting with a tenth-round pick in the 2019 OHL Priority Selection, Tarasevich recorded an impressive 63 points in 68 games with the Detroit Little Caesars 15U AAA team. While born in Minsk, Belarus, the 18-year-old has played minor hockey in the United States since his Bantam hockey season.

On the addition of Tarasevich, Seca comments:

“We’re excited to add Nikita to our program. He’s a player we really liked in his draft year, and he’s had options with his NCAA commitment to Michigan State. Adding a player with his compete level and skill is going to help improve our hockey club. He is a very determined individual who is willing to put the work in and we want to welcome Nikita to Sarnia.”

The Sarnia Sting look forward to kicking off the 2021-22 OHL regular season, set to begin on October 7, 2021, when the team visits the Windsor Spitfires at 7:30pm.