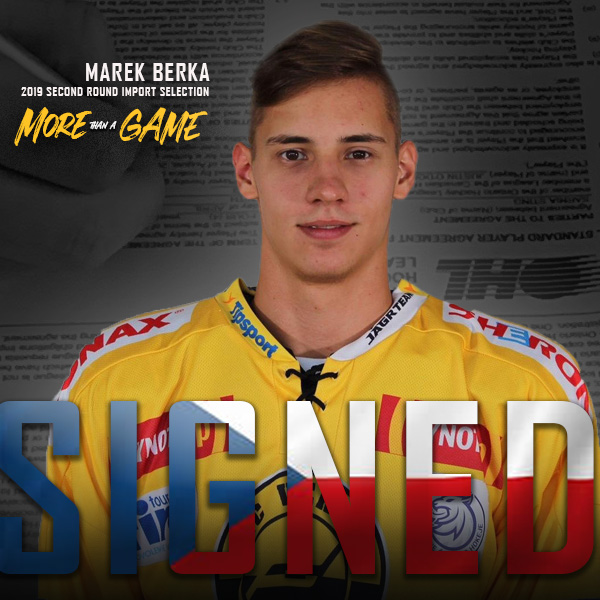 Berka’s commitment to the Sting marks the second such signing from the 2019 CHL Import Draft for Sarnia as he joins first round selection Eric Hjorth in joining the organization in recent days. The 6’0″ 180 lbs. forward was chosen by Sarnia in the second round, of this year’s import selection process, 77th overall.

A native of the Czech Republic, Berka spent the majority of this past season with HC Litvinov U19 in the Czech league where he posted 29 goals and added 21 assists for 50 points in 48 games played. 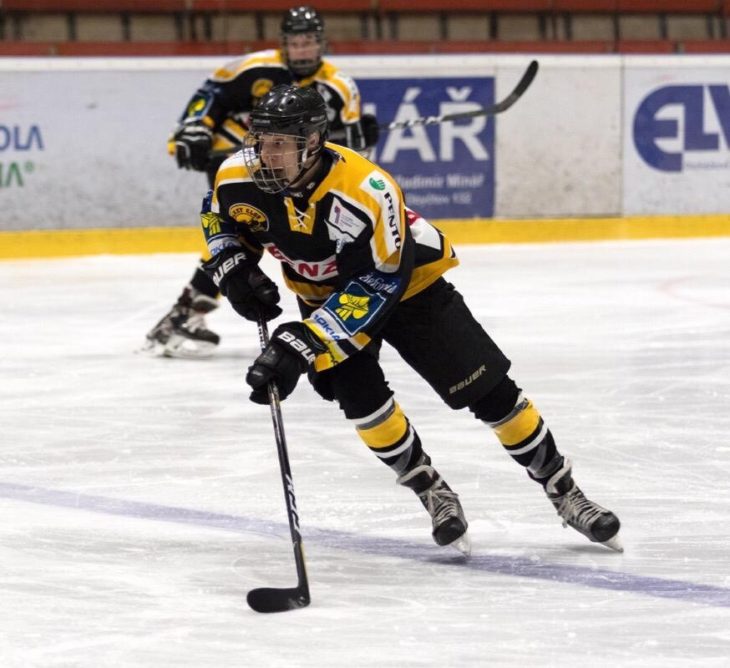 Sarnia Sting General Manager Nick Sinclair had this to say about the latest member of this year’s edition of the team. “We are excited that Marek has made the commitment to join the Sting organization for the upcoming season. Being able to add both Marek and Eric (Hjorth) to our mix will be instrumental as we push into the 2019-20 season.”

“Marek is a very versatile player, with good speed and hockey sense.” adds Sinclair. “He has the ability to play in a number of different situations, and has proven he can score at every level he has played at, and we are excited to welcome Marek to our hockey club.”

Berka will join the Sting for the team’s upcoming 2019-20 season training camp set for Progressive Auto Sales Arena with dates, times and other camp details to follow.